What is Piers Morgan's net worth and salary?

As host of "Piers Morgan Tonight" Morgan was paid an annual salary of $2 million. In 2008, Morgan signed a two-year deal with ITV , reportedly worth $2.6 million per year.

Piers Morgan was born Piers Stefan O'Meara on March 30, 1965, in Surrey, England. His family moved to Newick. Sussex, England a few months after his birth. He was raised Catholic. His father, Vincent Eamonn O'Meara was a dentist who died when Morgan was just 11 months old. His mother remarried a man named Glynne Pughe-Morgan. Piers took his stepfather's surname. He attended the Chailey School and studied journalism at Harlow College.

In 1985, Morgan joined the South London News at a reporter. In 1988, he started freelancing at The Sun. By 1994, he had moved to the Sun full time to write the newspaper's tabloid-style "Bizarre" column. Morgan was not necessarily a fan of movies or pop music but nevertheless became the "Friend of the Stars" thanks to his exceptional skills at self-publicity. He was frequently pictured with Madonna, David Bowie, Sylvester Stallone, Paul McCartney, and other famous people. In January 1994 he became editor of the News of the World. He was personally appointed to that post by Rupert Murdoch. He was 29 and the youngest editor of a national newspaper in 5o years. He became known for his lack of sympathy for the privacy of celebrities and his prying, forthright style. He left the News of the World in 1995 after publishing photos of Catherine Victoria Lockwood, who was then wife of Charles, Earl Spencer, leaving a rehab clinic in Surrey. This was against the editors' code of conduct.

In 1996, Morgan took over as the editor of the Daily Mirror. He was fired from The Daily Mirror in 2004 after refusing to apologize for publishing photos that had falsely shown British soldiers attacking a group of Iraqi civilians. 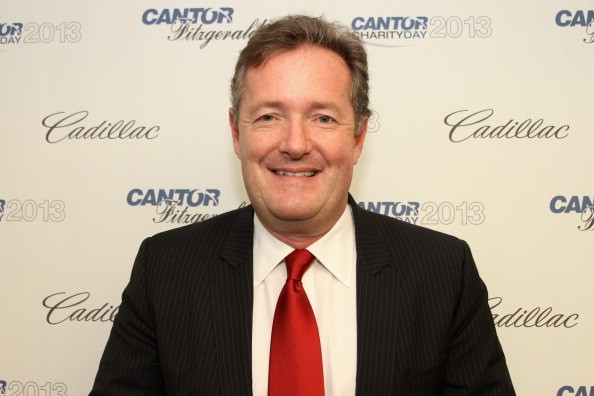 In May 2005, Morgan took over as owner of the Press Gazette. The newspaper was a media industry publication that put on the British Press Awards. Many major newspapers boycotted the 2006 British Press Awards because of Morgan's ownership. The Press Gazette went into bankruptcy and was eventually sold. In May 2006, Morgan launched a weekly paper for kids seven to 14 called "First News."

He began hosting "Piers Morgan's Life Stories" on ITV in 2009. On September 8, 2010, CNN announced that Morgan would replace Larry King in the network's evening line-up with his show, "Piers Morgan Live."  The show premiered on January 17, 2011. The show was canceled in early 2014. Morgan became a host of "Good Morning Britain" on ITV in November 2015.

In September 2014, he became the editor-at-large of the U.S. operation of the Mail Online's website. He writes several columns a week as well as a weekly column for the Mail on Sunday Event magazine.

Morgan was named in the infamous British phone-hacking scandal which involved the "Daily Mirror" while it was under his editorial control.

In 1991, Morgan married Marion Shalloe. The couple had three sons, Albert, Spencer, and Stanley. They divorced in 2008. In June 2010, he married for the second time to journalist Celia Walden. She is the daughter of the former Conservative MP George Walden. In November 2011, the couple welcomed a daughter, Elise.

Morgan is a fan of the Premier League football club Arsenal F.C.

Politically, Morgan identified as a supporter of the Conservative Party.

Morgan strongly objected to the Women's March on Washington in  January 2017, the day after Donald Trump's inauguration. He described protesters as "rabid feminists" and the multiple protests as being "vacuous." Ewan McGregor disagreed with Morgan's statements on the women's march and pulled out of appearing on "Good Morning Britain" the following Tuesday after discovering Morgan would be interviewing him. Morgan accused McGregor of being a "pedophile-loving hypocrite" for his past support of Roman Polanski.

Morgan owns a number of homes including two in Britain, a townhouse in west London and a country retreat in the East Sussex village of Newick, which is where he grew up. His London home is a Georgian townhouse that he purchased for $719,000.

Morgan also owns a home in Beverly Hills that he paid $5.4 million for in 2011. Les Moonves, the former CEO of CBS is one of that home's former owners. 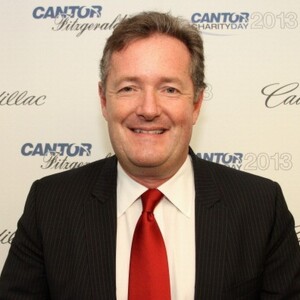