Phillip Schofield net worth: Phillip Schofield is an English television presenter and television personality who has a net worth of $12 million dollars. Born in Oldham, Lancashire, England, Phillip Schofield knew that he wanted to work in broadcasting at an early age, and began working for local radio when he was in his teens. He subsequently landed a job, at age 17, as a booking clerk for the BBC. After his family relocated to New Zealand, he appeared as the host of the children's television program "Shazam!", and after returning to the UK in the mid-80s, he continued to work in children's television for Children's BBC. He made the shift to presenting and hosting programs for adults in the mid-90s, and currently serves as the co-presenter for "This Morning", a UK talk show, and as the co-presenter for the reality competition show, "Dancing on Ice". He also hosts the game show, "The Cube", and continues to host radio programs when his schedule allows. He is a co-investor in the Sunrise Radio Group, and launched Radio Plymouth in 2010. 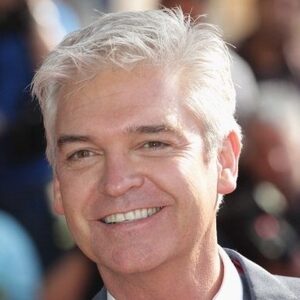