Phil Keoghan Net Worth and Salary: What is Phil Keoghan's salary per episode of The Amazing Race? $100,000. Phil Keoghan is a New Zealand born television personality who has a net worth of $16 million. Phil Keoghan has earned his net worth as host of the U.S. version of the CBS show The Amazing Race. He has hosted the show since 2001. Phil has won seven Emmy Awards for his work as the creator and host of No Opportunity Wasted, which has been produced in the United States, New Zealand, and Canada. He was born in Lincoln, New Zealand on May 31, 1967. He attended St Andrew's college. He had several positions as a presenter on New Zealand Television including the children's show Spot on, and as a reporter on that's Fairly Interesting. In 2009 Keogh and was nominated for the Primetime Emmy Award for Outstanding Host for a Reality or Reality Competition Program, however, he did not win.

Phil, wrote a book about his desire to live life to the fullest after a near death experience he had at the age of 19,. The book is titled No Opportunity Wasted. He has accomplished some exotic goals such as breaking the world bungee jumping record, diving in underwater caves, as well as eaten a meal on top of an active volcano. As a special guest on The Oprah Winfrey Show, he shared his bucket list of things he wants to accomplish during his life. He returned to his hometown of Christchurch shortly after that area suffered an earthquake in June of 2010. He wanted to make sure his family was safe, and also record segments for The Early Show to ask people to donate to the relive effort by New Zealand's Red Cross. In 2009 Keoghan helped raise money for multiple sclerosis by participating in the "Ride Across America", in partnership with several organizations including GNC. The event was a huge success that raised $500,000, with over $400,000 coming from in-store donations during the ride. Keoghan filmed a documentary about the event called The Ride which premiered on February 3, 2011. 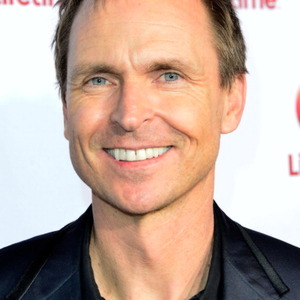