What is Peter North's Net Worth?

Peter North is a retired Canadian adult actor, director, and producer who has a net worth of $4 million. Over the course of his career, Peter appeared in more than 2,588 adult productions. He also directed 13 adult film projects.

Alden Joseph Brown was born on May 11th of 1957 in Halifax, Nova Scotia. His early life was relatively normal until he moved to Los Angeles. During the early 80s, he modeled athletic wear at a private party, where he was discovered by a man within the adult film industry. This individual was impressed at Brown's physique, and he encouraged him to seek employment as an adult film performer. Alden was given the man's business card, and he quickly followed up on this opportunity.

Alden initially began his career as an adult film star by starring in gay pornography. During this period in the early 80s, he went by the stage name Matt Ramsey. Later, he transitioned into straight pornography and became a much more well-known star. Over the next period of his carer, he appeared in more than 2,000 adult film projects and directed more than 70 films. Most of his career spanned between 1998 and 2007. In 2001, he launched his own production company called Northpole Entertainment. After transitioning to straight pornography, Alden adopted the name "Peter North." 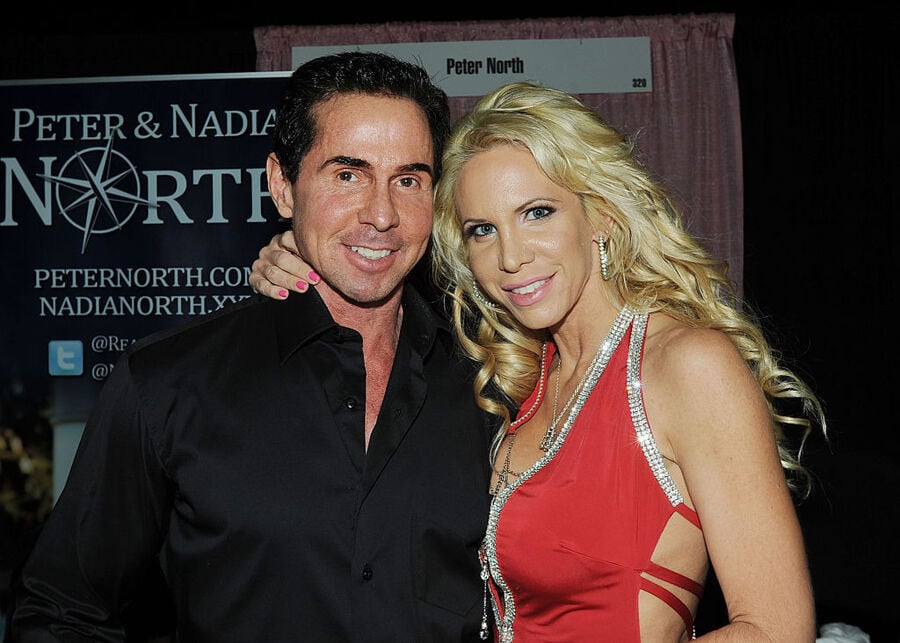 In 2019, Nadia filed for a restraining order against her husband. This was after Nadia had allegedly been the victim of domestic violence on two separate occasions that year. One of these incidents allegedly resulted in Nadia suffering a concussion. Later, Nadia claimed that she had been subjected to 20 similar instances of domestic violence with North acting as the aggressor.

In 2021, things reportedly became more serious. Nadia continued to accuse North of many instances of marital misconduct and sex crimes. She even claimed that Peter North raped her on at least one occasion. To back up her claims, Nadia recorded the audio of one of these attacks, which took place at their home in Newport Beach. She claims that she hid her phone under the bed during the attack, which allegedly involved North throwing her to the floor and kicking her in the back of the head. This incident was sparked because Nadia had threatened to leave the relationship.

After the attack was over, Nadia alleges that North force-fed her prescription medication, blocked the door, and waited for her to fall asleep. Nadia also claims that during a period between 2017 and 2019, she suffered multiple injuries due to domestic violence at the hands of Peter. These injuries apparently included broken ribs, concussions, head contusions, and at least one spinal injury.

The alleged rape took place in 2019, when the couple was attempting to sell a home that had mold damage. Peter demanded that they both go to the house to look at the mold, and once they were there he allegedly  forced himself upon her despite total lack of consent. In addition, Peter was accused of forcing his wife to do multiple "extreme scenes" within a short period of time while they were working together on adult film projects.