Penn Jillette Net Worth: Penn Jillette is an American illusionist, comedian, musician, actor, and best-selling author who has a net worth of $200 million dollars. A graduate of the Ringling Brothers and Barnum & Bailey Clown College, Jillette is one half of the successful comedy-magic duo Penn & Teller, who have starred in several television projects, including "Penn & Teller's Sin City Spectacular" (1998–1999) and "Penn & Teller: Bullshit!" (2003–2010). Penn & Teller have been performing at the Rio All Suite Hotel and Casino since 2001, making them the longest-running act to headline at the same Las Vegas hotel. An outspoken atheist and libertarian, Penn has written 8 books, and 2011's "God, No!: Signs You May Already Be an Atheist and Other Magical Tales" spent six weeks on the "New York Times" Hardcover Nonfiction list.

Early Life: Penn Jillette was born Penn Fraser Jillette on March 5, 1955, in Greenfield, Massachusetts. His mother, Valda, worked as a secretary, and his father, Samuel was an employee of Franklin County Jail. Penn also has an older sister, Valda, who was 23 years old when he was born. After reading the Bible as a teenager, he became an atheist. Jillette began juggling at the age of 12 and started learning magic in the late 1960s; he was inspired by illusionist James Randi's approach of acknowledging that magic was the result of deception rather than psychic or supernatural powers.

Penn graduated from high school in 1973 and formed a juggling act with classmate Michael Moschen. In 1974, he graduated from Ringling Bros. and Barnum & Bailey Clown College and met Raymond Teller, and the two formed The Asparagus Valley Cultural Society with mutual friend Weir Chrisemer. In 1981, Penn & Teller was born, and talkative Penn and silent Teller starred in a 1985 off-Broadway show (which earned them an Obie Award) and the 1987 Broadway show "Penn & Teller," which ran for 122 performances at the Ritz Theatre before touring nationally. 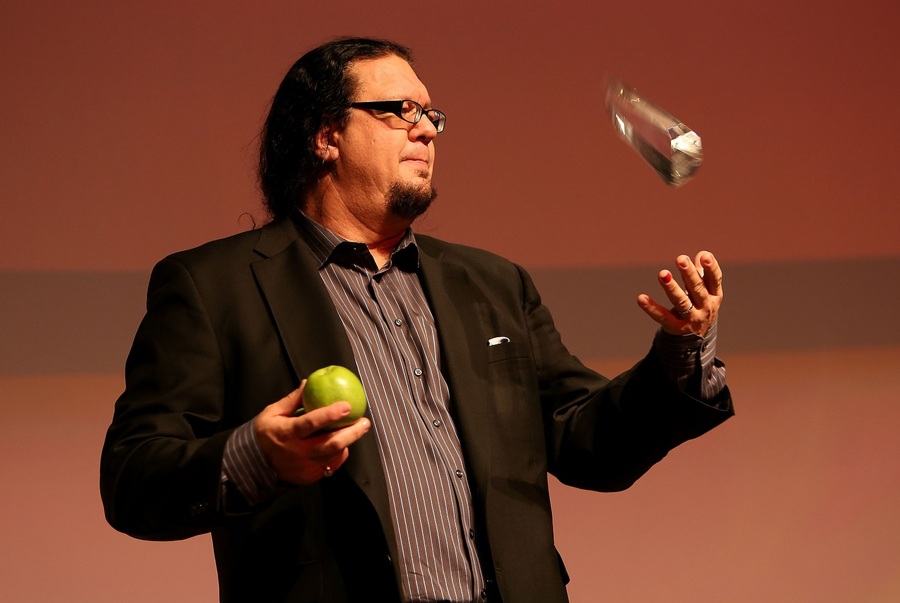 Personal Life: Penn married television producer Emily Zolten on November 23, 2014, at the Viva Las Vegas Wedding Chapel, and they welcomed daughter Moxie CrimeFighter on June 3, 2005, and son Zolten on May 22, 2006. Jillette has said that he supports the legalization of all drugs, but he has never tried drugs or alcohol himself because he has an addictive personality. In December 2014, Penn was admitted to the hospital due to high blood pressure, so he made some lifestyle changes and lost 105 pounds by March of the following year. Jillette always keeps one fingernail on his left hand painted red and has stated that he wears Essie's Jelly Apple Red nail polish in remembrance of his mother, who passed away in 2000.

Awards and Honors: In 2004, Jillette won a WGA Award for Comedy/Variety (Including Talk) – Series for "Penn & Teller: Bullshit!," which earned him 9 Emmy nominations as well. He was also nominated for an Emmy for "Sin City Spectacular" in 1999, a BAFTA Film Award for "Tim's Vermeer" in 2014, and a CableACE Award for "Monstervision" in 1994. Penn and Teller received a star on the Hollywood Walk of Fame in April 2013, and the next day, the Magic Castle named them "Magicians of the Year." 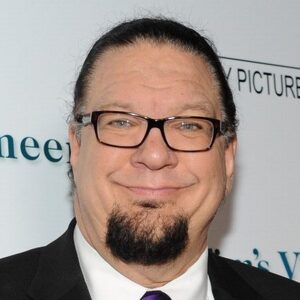