What Is Paul Teutul Sr.'s Net Worth?

Paul also produced numerous episodes of "American Chopper," and his sons Paul Jr. and Mikey have appeared with him on the series. Teutul has published the books "Orange County Choppers: The Tale of the Teutuls" (2006) and "Ride of a Lifetime: Doing Business the Orange County Choppers Way" (2009), and he appeared in the 2007 film "Wild Hogs," a 2008 episode of "My Name Is Earl," and Nickelback's 2007 music video "Rockstar." From 2012 to 2013, Paul competed on the NBC series "Celebrity Apprentice," finishing in eighth place. In 2007, Teutul shared an Astra Award for Favourite International Personality or Actor with Paul Jr. for "American Chopper."

Paul Teutul Sr. was born Paul John Teutul on May 1, 1949, in Yonkers, New York. He was raised in Pearl River, New York. At age 18, Paul joined the United States Merchant Marines during the Vietnam War.

Teutul's lifelong love affair with motorcycles began in the '70s when he was inspired by films such as "Easy Rider" and "Hells Angels on Wheels." His love did not just end with riding bikes, and he soon became involved in the fabrication work. In 1973, he launched Paul's Welding in New York with "one pick-up truck and a welding machine." After expanding the business to a 7,000 square foot Rock Tavern facility, he renamed the company Orange County Iron, which was changed to Orange County Ironworks, LLC in 2004. After Teutul began building custom bikes inspired by the ones he saw in movies and on the streets, he eventually felt enough confidence in his abilities that he handed the reigns of Orange County Ironworks over to his son Dan and opened Orange County Choppers in Newburgh, New York.

With Paul's custom bikes, his relationship with his sons, and his emerging status as a successful businessman, Hollywood soon came calling. In 2003, "American Choppers" premiered on the Discovery Channel, and it has gone on to air more than 230 episodes, including two seasons on TLC. The series also led to the spin-offs "American Chopper: Senior vs. Junior," "Orange County Choppers," and "Orange County Choppers: American Made" as well as the specials "American Chopper Live: The Build Off" (2011) and "Chopper Live: The Revenge" (2012).

In 2020, Teutul decided to close the Newburgh Orange County Choppers location, and in June 2021, he opened OCC Road House and Museum in Pinellas Park, Florida. The 11,000 square foot facility includes "a billiards hall, floor games, a vast collection of carefully selected motorcycles and memorabilia, a live event space, retail space, bar and restaurant." Orange County Choppers has built bikes for charities such as Make-A-Wish Foundation and Iraq Star, and in 2010, the company established the non-profit organization The OCC Foundation, Inc. When announcing the launch of the charity, Paul stated, "Everyone who knows me knows that I have big attitude, but what you may not know is that we at OCC have an even bigger heart. Through the OCC Foundation we hope to take our charitable efforts to a whole new level, and of course, we'll continue to need the support of our friends and fans to make this happen." 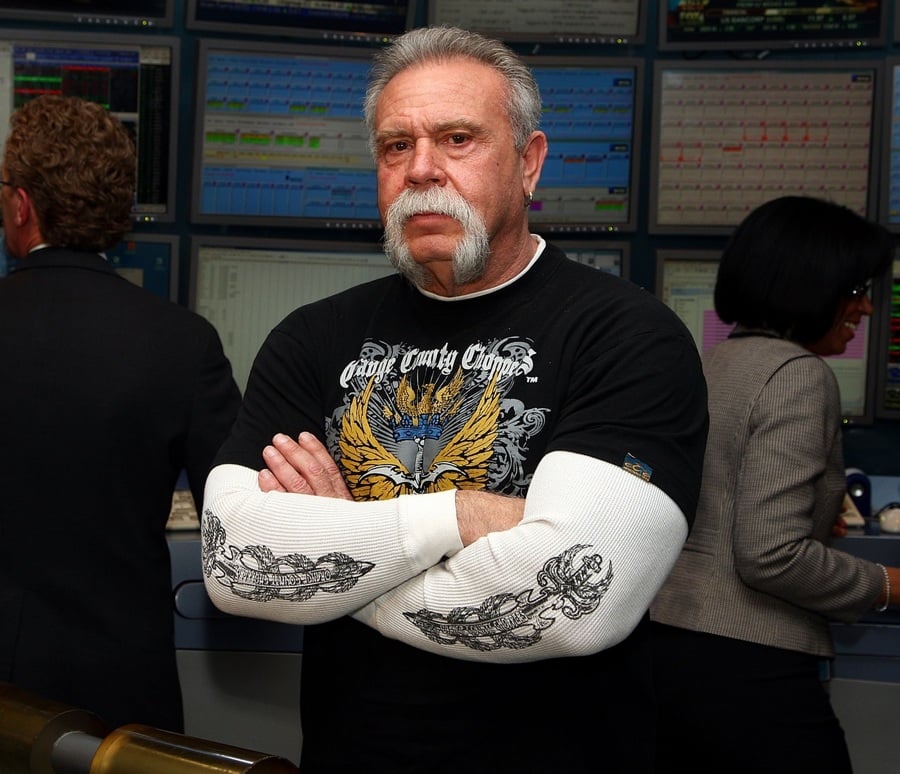 Paul was married to Paula Teutul from 1969 to 1995, and the couple welcomed three sons, Paul Jr., Michael, and Daniel, and daughter, Cristin. Paul Sr. and Paul Jr. could often be seen arguing on episodes of "American Chopper," and in 2009, Paul Jr. was fired from Orange County Choppers. He later returned to the company as a consultant. Mikey walked away from the family's TV ventures in 2012, but he began appearing on "American Chopper" again when it returned in 2018. Dan runs Orange County Ironworks, and Cristin is a pediatric nurse. Paul married Beth Dillon on July 29, 2007, and they divorced in 2015 after a three-year separation. Teutul has been in a relationship with Joan Bulger-Kay since 2011. He has numerous tattoos, including one reading "OCC New York," which he got because he was frustrated with people thinking Orange County Choppers was located in Orange County, California. Paul was featured on the show "Tattoo Titans" in 2015.

In April 2017, Teutul was sued by his business partner, Thomas Derbyshire, who alleged that Paul used a portion of the money Derbyshire had invested in "Orange County Choppers: American Made" for his personal use. According to the lawsuit, "their business agreement quickly went south after Teutul tried to change their 51/49 percent ownership deal (benefiting Derbyshire) to a 50/50 deal." Derbyshire accused Teutul of holding up production and making deals without consulting him as well. Paul was also sued by JTM Motorsports, who claimed that he had made a deal that he'd promote the business if JTM would work on his Corvette for free. In a 2018 statement of financial affairs, Paul stated that he was involved in eight lawsuits at the time.

In mid-2019, Paul sold his 3,448 square foot New York mansion for $1.9 million. The three-bedroom, three-bathroom home sits on 38 acres, and the sale included some of Teutul's farm animals. He previously listed the property for $2.89 million in October 2017. 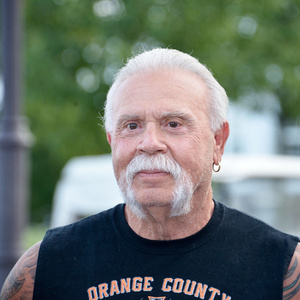