What is Paula Abdul's net worth?

Paula Abdul is a California-born dancer, singer, actor, choreographer, and producer who has a net worth of $30 million. Her career, which has spanned four decades, has ranged from choreographer to pop star to reality television star.

Paula Abdul was born on June 19, 1962 in San Fernando, California. She began taking dance lessons at an early age, and attended Van Nuys High School where she was a cheerleader and an honor student. Abdul started attending California State University, Northridge, in 1980. During her freshman year, she was chosen out of 700 candidates to be a famed "Laker Girl" cheerleader for the LA Lakers basketball team. A year later, she was named head choreographer. Within six months, her choreography and dancing careers took off and she left the university.

Her first major job was choreographing the music video "Torture" for The Jacksons, after a few of the band members had discovered her while attending an LA Lakers game. She subsequently choreographed their "Victory" tour, as well. Abdul was also chosen to choreograph the giant keyboard scene involving Tom Hanks' character in the 1988 film "Big". In 1987, she used her savings to record a singing demo, and was subsequently signed to Virgin Records. Abdul was an untrained singer even though she was a talented dancer and choreographer, so she underwent voice coaching to help her develop her voice. Her first studio album came out in 1988, "Forever Your Girl", and went on to become the most successful debut album in history at that time. It spent 10 weeks at the top of the Billboard chart and was certified platinum in 1989. Paula won her first Grammy for Best Music Video for "Opposites Attract", which she also choreographed.

Abdul's career went into hiatus for personal and physical reasons, and her 1995 comeback "Head over Heels" saw moderate commercial success, but later became her lowest-selling release. In 1997, she co-wrote the song "Spinning Around", which was intended to be her big comeback single, but the song was later given to Kylie Minogue. She also released a couple of workout videos during this time, and served as choreographer for film and theater projects, including the cheerleading scenes in 1999's "American Beauty". By 2000, she was no longer affiliated with Virgin Records. 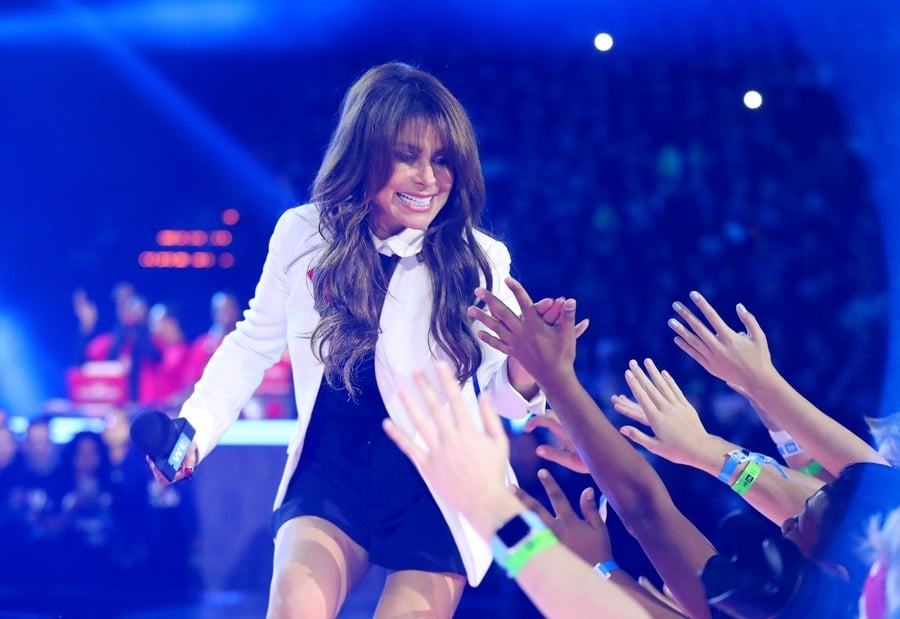 (Photo by Adam Bettcher/Getty Images for WE )

In 2002, Abdul got a gig as one of three judges on the Fox reality competition show "American Idol." She was praised for her sympathetic and compassionate style as a judge and mentor, especially when compared to co-judge Simon Cowell's brash manner. Their different styles resulted in dramatic and heated on-air exchanges. Paula was simultaneously working as a reporter for "Entertainment Tonight" while working on "American Idol".

"Dance Like There's No Tomorrow", a single released in 2008, was Abdul's return to the chart for the first time in 13 years.

Paula departed "American Idol" in July 2009 after eight seasons, over salary negotiation conflicts. She was earning $5 million per season, but was seeking as much as $20 million for her return. She was replaced by Ellen Degeneres.

It was announced in May 2011 that Abdul would rejoin Simon Cowell on the first season of the American edition of The X Factor. However, she did not return for a second season and was replaced by Demi Lovato. She was a guest judge on the dance competition reality show "So You Think You Can Dance" in 2013, and was subsequently named as a judge on the Australian version of the show. Abdul later became a permanent judge for the American version of the show, but only judged on the show for two years. 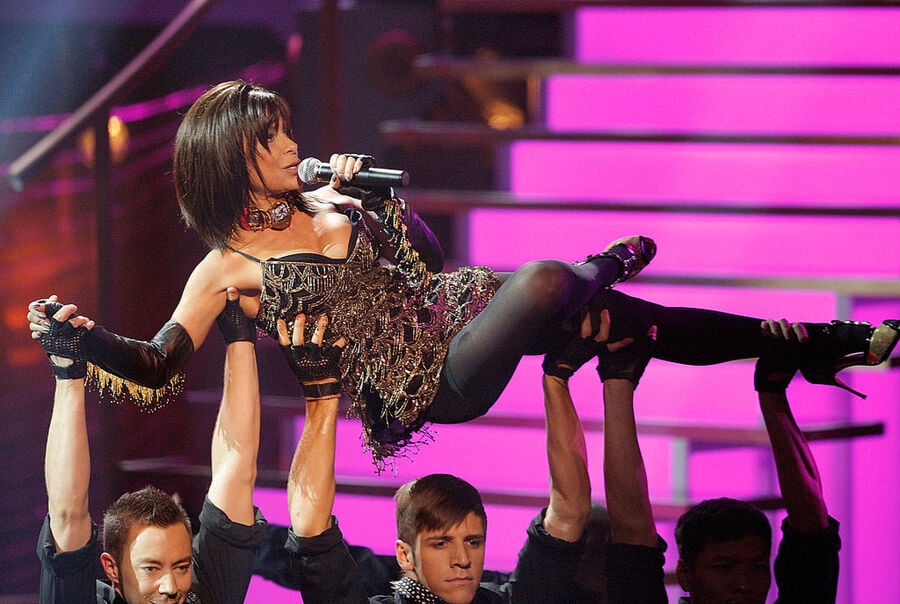 Abdul performed a full headlining set for the first time in 26 years on August 6, 2016 at the Mixtape Festival in Hershey, Pennsylvania. She started touring with New Kids on the Block and Boyz II Men on their 2017 comeback tour, which marked her first tour in 25 years. They did a total of 47 shows together. In October 2018, Abdul embarked on a solo tour, "Straight Up Paula!", for a total of 27 shows. Paula began her first Las Vegas Residency ("Paula Abdul: Forever Your Girl") on August 13, 2019 and it ended in January 2020.

In 1994, Abdul was treated for bulimia, which she revealed she had suffered from since she was a teenager. In April 2006, Paula claimed she had been a victim of battery at a party by a man who argued with her, grabbed her, and threw her against a wall. She sustained a concussion and spinal injuries.

A 30-year-old woman named Paula Goodspeed was found dead in her car of an overdose outside of Abdul's home in Sherman Oaks, California, on November 11, 2008. Goodspeed had been an obsessive fan of Abdul's, bordering on the line of stalking.

From 1992 to 1994, Paula was married to Emilio Estevez. She was married to Brad Beckerman from 1996-1998. She does not have children. She practices the Jewish faith and is an avid dog lover.

In 2004, she was fined and given 24 months probation for a misdemeanor hit and run. She was driving her Mercedes-Benz in Los Angeles when she changed lanes on the freeway and hit another vehicle, but kept driving.

Substance abuse allegations came to light during "American Idol", with fans taking notice of her sometimes erratic behavior and off-the-wall comments. Abdul rejected these claims, citing pain medicine usage for various injuries and chronic pain she experiences as a result of reflex sympathetic dystrophy (RSD) for her strange on-screen behavior. 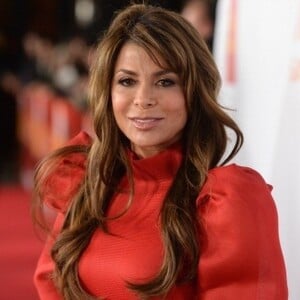