What is Patty Hearst's Net Worth?

Patty Hearst is an American Heiress, socialite and actress who has a net worth of $50 million. Patty Hearst has earned her net worth as a granddaughter of American publishing tycoon William Randolph Hearst. She is a great-granddaughter of millionaire industrialist George Hearst. At the time of his death in 1951, William Randolph Hearst's net worth was equal to $30 billion after adjusting for inflation. Patty is also somewhat notorious for being kidnapped in 1974 by a group called the Symbionese Liberation Army. During her time in captivity she famously participated in armed bank robbery.

Patricia Campbell Hearst was born in San Francisco, California, on February 20, 1954. She is also known by the nickname 'Patty', although she has stated that she prefers to be called Patricia. She is the third of five daughters born to Randolph Apperson Hearst and Catherine Wood Campbell. She was raised in Hillsborough, California, and attended Crystal Springs School for Girls as well as the Santa Catalina School. She later continued her education at Menlo College in Atherton, California, then transferred to study Art History at the University of California, Berkeley.

Through her father, Hearst is the granddaughter of William Randolph Hearst Sr., an American businessman, newspaper publisher, and politician. He is the figure behind the massive media company Hearst Communications, and he had a great impact on American popular media. In particular, it was his rather flamboyant and nontraditional methods of journalism that emphasized human interest stories and sensationalism in the news that has left a lasting legacy. 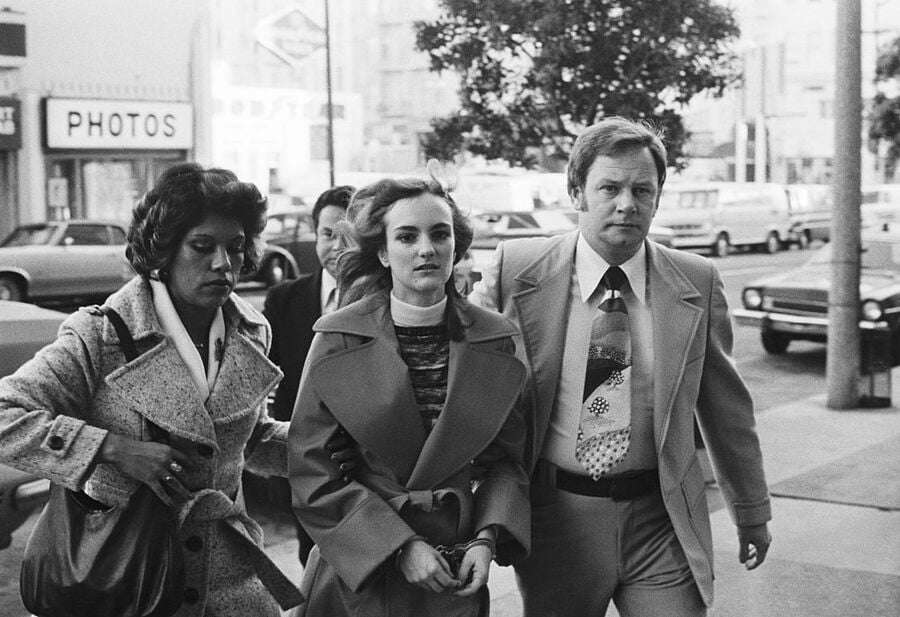 Newspaper heiress, Patty Hearst, is led to her 1976 trial (Getty)

Hearst's father was not the only heir in the family. Furthermore, he was not in control of the family's business interests. As such, her parents did not deem it necessary to be overly cautious about their children's safety. A number of factors culminated in Hearst being abducted on February 4, 1974, by the urban guerrilla group the Symbionese Liberation Army (SLA).

First of all, the simple fact of opportunity played a part in the kidnapping. Hearst's apartment in Berkeley, where she lived with her fiancé, Steven Weed, happened to be near an SLA hideout. She was nineteen years old at the time, and a sophomore at Berkeley. Secondly, two SLA members had been arrested for the killing of Marcus Foster, the Superintendent at the time of Oakland Unified School District in Oakland, California. The SLA decided to try to use the Hearst family's political influence to help free the two arrested members.

When that failed to happen, they instead demanded that Patricia Hearst's family give out $70 worth of food to every Californian in need. To accomplish would have taken an estimated $400 million. Instead, Hearst's father took out a loan and tried to donated $2 million worth of food in the Bay Area. The effort did not go to plan, and the attempted distribution eventually ended in chaos. The failure of the distribution effort led to the SLA refusing to release Hearst.

Subsequently, Hearst began taking part in SLA activities. She released an audiotape in April 1974 announcing that she had joined the SLA, and even took part in two bank robberies carried out by the group. During the course of one of the robberies, which took place at a bank in San Francisco, two men who had entered the bank while the robbery was underway were shot and wounded. Another incident occurred in Inglewood, California. While SLA member William Harris and his wife were shopping at Mel's Sporting Goods, Hearst waited across the road in a van. When the store's manager tried to confront Harris outside of the store and restrained him, Hearst opened fire on the storefront. She and the Harris couple then hijacked two cars, abducting the owners of the cars in the process. 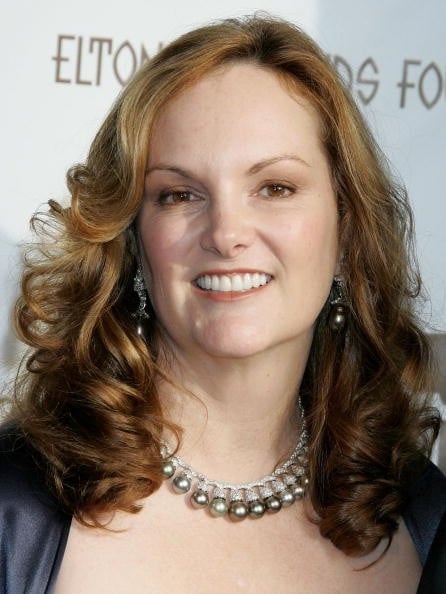 On September 18, 1975, about a year and a half after she was kidnapped, Hearst was arrested in San Francisco. After a lengthy trial, on March 20, 1976, she was convicted of bank robbery. She was also convicted of using a firearm during the commission of a felony. The end result was that she was sentenced to the maximum sentence possible: 35 years imprisonment. However, the judge in charge of her case passed away before he could give the final sentence hearing, and the new judge on her case ended up sentencing her to seven years in prison. Eventually, President Jimmy Carter ended up commuting Hearst's federal sentence in 1979 and reducing it to the 22 months she had already served behind bars. She was freed eight months before she would have been eligible for her first parole hearing. Later, on his last day in office (January 20, 2001), President Bill Clinton pardoned Hearst, and she regained full civil rights.

Following her release from prison, Hearst became involved in charities and fundraising. In particular, she worked with a foundation that helped children living with AIDS. She published a memoir, "Every Secret Thing", in 1981. It was co-written with Alvin Moscow, and shares her account of what happened with the SLA. Other activities she has been involved in include narrating the documentary special "Secrets of San Simeon with Patricia Hearst" for the Travel Channel, which presented viewers with an insider's look into her grandfather's property Hearst Castle, as well as acting roles in films like "Cry-Baby" (1990), "Serial Mom" (1994), "Pecker" (1998), and "A Dirty Shame" (2004).

At the time of her kidnapping, Hearst had been engaged to Steven Weed. Later, after she had been arrested and was out on bail, she met policeman Bernard Lee Shaw, who was assigned to be part of her security detail. She and Shaw married in 1979, a mere two months after she was released from prison. They had two children together. Her daughter Lydia Hearst is a model who is married to television personality Chris Hardwick.