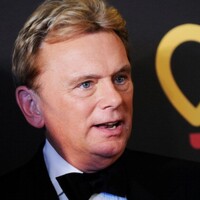 What is Pat Sajak's net worth and salary?

Pat Sajak is a former weatherman, current television personality, actor and game show host who has a net worth of $70 million. Sajak is most famous for being the long term host of the game show "Wheel of Fortune." For his work on "Wheel" Pat earns an annual salary of $14 million.

As we explain later in this article, that's not actually Pat's largest source of income every year. Both Pat and Vanna White make more every year licensing their image to casino slot machines than they do from the actual game show.

Pat Sajak was born Patrick Leonard Sajdak October 26, 1946 in Chicago, Illinois. He was raised in Chicago and was the son of Joyce Helen and Leonard Anthony Sajdak. All of his grandparents were Polish.  Pat's father died when he was young, and his mother remarried. Sajak went to Farragut High School and graduated in 1964. He went to Columbia College Chicago and worked as a front desk clerk at the Palmer House hotel.

While attending college, Sajak's broadcasting instructor told him that the local radio station WEDC was looking for a news anchor. He applied and ended up landing the station's 6 a.m. time slot. Sajak joined the U.S. Army in 1968 during the Vietnam war. While serving in the Army he deejayed on Armed Forces Radio. While DJing, he began each broadcast with the line "Good morning, Vietnam!" just like Robin Williams' character did in the movie of the same name. In the early '70s, Sajak DJ'd in Nashville in the 3:00-5:00 p.m. time slot as their afternoon personality

In the late 1970s Sajak moved to Los Angeles seeking work in the entertainment industry. He soon landed a full-time weatherman position at KNBC-TV in Los Angeles in 1977.

In 1981, game show impresario Merv Griffin offered Pat the opportunity to take over hosting duties on Wheel of Fortune from Chuck Woolery. Unfortunately, Fred Silverman, the President of NBC at the time, rejected the idea of hiring Sajak for being "too local". In response, Merv Griffin shut the entire show down entirely and refused to film new episodes until Sajak was hired. Sajak has hosted the daytime and syndicated evening versions of Wheel of Fortune for the last 30+ years. In 2018, Sajak became the longest-running host of any game show, even surpassing Price is Right's Bob Barker. He was honored with the title by the Guinness World Records on March 22, 2019. Pat Sajak's contract as host of Wheel of Fortune goes through 2022. For his work on the show, Pat has won three Emmys and was even given a star on Hollywood's walk of fame.

Sajak appeared in the 1982 comedy film Airline II: The Sequel. His role was as a Buffalo, New York newscaster. Pat had his own short-lived late-night talk show on CBS, The Pat Sajak Show. He left the daytime version of Wheel of Fortune when the show started airing. Dan Miller, a former co-anchor, served as Sajak's sidekick. It premiered in January 1989 and the final show aired in April 1990.

Sajak appeared several times on Super Password as a guest host, as well as Password Plus, from 1984-1989. He also guest-hosted on game shows Dream House and Just Men!. Sajak was a regular substitute guest host for Regis Philbin on Live with Regis and Kelly. In 2003, Sajak hosted Pat Sajak Weekend on Fox News and The Pat Sajak Baseball Hour, a syndicated radio sports talk show. Sajak became an investor in 2005 in the Golden Baseball League, an independent professional baseball league.

He's on the board of trustees and serves as vice chairman at Hillsdale College in southern Michigan. Sajak is an External Director of Eagle Publishing, a conservative publishing house. Sajak is a regular podcast and poster contributor on the conservative blog ricochet.com. He began writing for the National Review Online in 2010. He's also the author of several puzzle games, the most well-known being 2007's Lucky Letters. 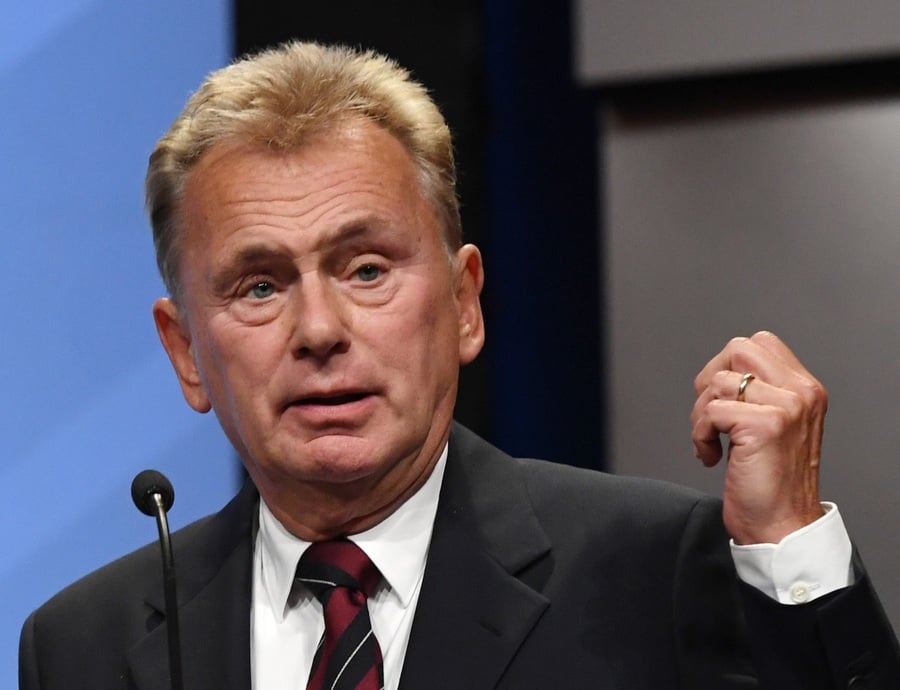 In the '80s, Sajak was parodied on a Sesame Street sketch; a muppet named Pat Playjacks hosted "Squeal of Fortune." Also in the eighties, Martin Short based a character off Pat Sajak, Ed Grimley, on the sketch comedy shows SCTV and Saturday Night Live. In 1992, Sajak had a special guest star role in the television show The Commish.  In 1993, Sajak appeared on Days of Our Lives as well as appearing as himself on the children's cartoon Rugrats. Sajak and Vanna White portrayed themselves in an episode of NBC sitcom 227 in 1986. In 2001, he appeared as himself on the sitcom The King of Queens. In an episode of season four on The A-Team, Pat and Vanna made a cameo.

Sajak married photographer Lesly Brown Sajak in December 1989 in Annapolis, Maryland. He was previously married to an unknown-to-the-press woman from 1979-1986. Pat and Lesly have two children together, a son, Patrick Michael James Sajak, born in 1990, and a daughter, Maggie Marie Sajak, born in 1995. Maggie is an aspiring country singer who has released three singles. The couple lives in Severna Park, Maryland, and they have a second home in Los Angeles. Pat Sajak has admitted to being a climate change skeptic. He also financially supports Young America's Foundation, which aims to sponsor conservative speakers on college campuses across the nation. The Sajak family are members of the Churches of Christ. In November 2019, Pat underwent emergency bowel surgery to remove a blockage. Vanna White hosted in his place while he was in recovery. He returned to work three weeks later, on December 5, 2019.

As of this writing, Pat Sajak earns an annual salary of $14 million as host of Wheel of Fortune. For comparison, Vanna White's salary is $10 million. Wheel of Fortune tapes four days per month, six shows per day. They tape two Thursdays and two Fridays. On taping days, they both arrive around 8:30 am and start shooting at noon. One audience watches three shows, then there is a break for lunch. A second audience comes in to watch three more tapings.

Believe it or note, Pat Sajak and Vanna White's salaries from "Wheel of Fortune" aren't their largest source of annual income. Both Pat and Vanna make more money licensing their images to casino slot machines than they do from the game show itself.

In exchange for licensing their respective images and likenesses for the slot machines, Pat and Vanna both earn at least $15 million per year in royalties, licensing fees and other payments.