Pat O'Brien is an American radio and television personality who has a net worth of $2.5 million. Pat O'Brien has earned his net worth as the current radio host with Fox Sports Radio, and from his career as a writer.

Pat was born on February 14, 1948 in Sioux Falls, South Dakota; he graduated from Washington High School in 1966, and then attended the University of South Dakota in Vermillion where he graduated in 1970 with a major in Government. During college he was a member of the Delta Tau Delta fraternity, and attended the Paul H. Nitze School of Advanced International Studios located at John Hopkins University in Washington D.C while there he studied international economics. From 1964-1967 he was a member of Dale Gregory and the Shouters a local rock band who were inducted the South Dakota Rock and Roll Hall of Fame on April 25,2010. Much of his career was spent at CBS Sports where he was a sportscaster from 1981-1997, he was also an anchor/host from 1997-2004 for Access Hollywood as well as The Insider from 2004-2008. For CBS he covered the Olympic Games in winter1992 and again in 1994, he also covered the Olympics on three occasions for the NBC network in 2000, 2002 and 2004. At CBS he was a pregame host for the Super Bowl, World Series, NBA Finals, and Final four as. He was married to Linda from 1973 to 2004 and he has one son. He wrote a book titled Talkin' Sports: A B.S.-er's Guide that was published in 1998 and his autobiography was released in 2011 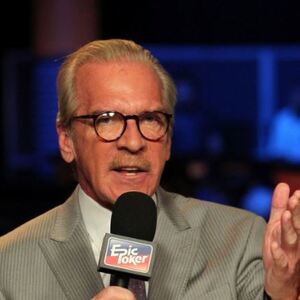