Pat Neely net worth: Patrick "Pat" Neely is an American restaurant owner, chef, television personality and author who has a net worth of $1.5 million. He is best known for his popular Food Network television programs, Down Home with the Neelys and Road Tasted with the Neelys. Pat Neely obtained his net worth by co-owning Neely's Bar-B-Que in Memphis, Tennessee with his wife, Gina Neely. Neely was born in Detroit, Michigan in 1964. His family moved to Memphis during his childhood and Gina and Patrick were high school sweethearts. The couple reunited at their 10-year reunion where they rekindled their relationship after both being in previous marriages, and ended up getting married in 1994. The Neelys share favorite dishes and family secrets from their restaurant on their television show, Down Home with the Neely's on the Food Network. After the show's premiere, the show became the highest-rated series debut in the five-year history of the Food Network's "In the Kitchen" series and it continues to be a top rated show. The Neeley's film the show in their home and are often surrounded by family and friends while the show airs. In 2009, the Neely's released their first cookbook, Down Home with the Neely's, and the book almost instantly became a New York Times Best Seller. In 2011, they released a second book, The Neely's Celebration Cookbook: Down Home Meals for Every Occasion, which hit the shelves during the same year the couple opened their first restaurant in New York City, Neelys BBQ Parlor. In 2013, the couple announced that they were closing their Neely's Bar-B-Que restaurants in Memphis indefinitely, but encouraged fans and patrons to continue to enjoy their New York location. The Neelys have two daughters, Spenser (Gina's daughter from a previous marriage) and Shelbi, who is six years younger than her sister. 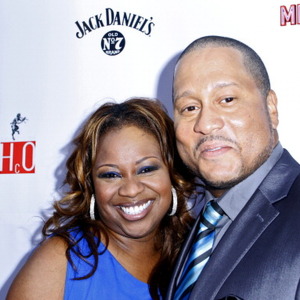