What Is Pam Oliver's Net Worth and Salary?

Pam Oliver is an American sportscaster who has a net worth of $8 million. Oliver is best known for her work on the sidelines for National Football League (NFL) and National Basketball Association (NBA) games. She joined ESPN in 1993 and began working as a sideline reporter for Fox Sports in 1995. Pam has also served as a sideline reporter for several Super Bowls as well as the NBA Playoffs and NFC Championships. Oliver was inducted into the Florida A&M Sports Hall of Fame as an individual in 1996 and as a former member of the women's mile relay team in 2016.

Pam Oliver was born Pamela Donielle Oliver on March 10, 1961, in Dallas, Texas. She is the daughter of John and Mary Oliver, and she has two sisters. Oliver's father served in the U.S. Air Force, so the family lived in several different states during Pam's youth, including California, Michigan, Florida, and Washington. Growing up, Oliver preferred watching sports to watching children's shows. She attended Niceville High School in Florida, and she participated in basketball, tennis, and track and field as a teenager. After graduating from high school, Pam earned a bachelor's degree in broadcast journalism from Florida A&M University in 1984. At Florida A&M, she was a college All-American in the mile relay and 400-meter.

In 1985, Oliver's broadcasting career began at WALB in Albany, Georgia, where she worked as a news reporter. In 1986, she moved to Huntsville, Alabama, to work at WAAY-TV, followed by a move to Buffalo, New York's WIVB-TV in 1988. In 1990, Pam was hired by WTVT in Tampa, Florida, and the following year, she began working as a sports anchor there. Oliver later took a sports anchor job at Houston's KHOU-TV, and in 1993, the sports TV network ESPN hired her. 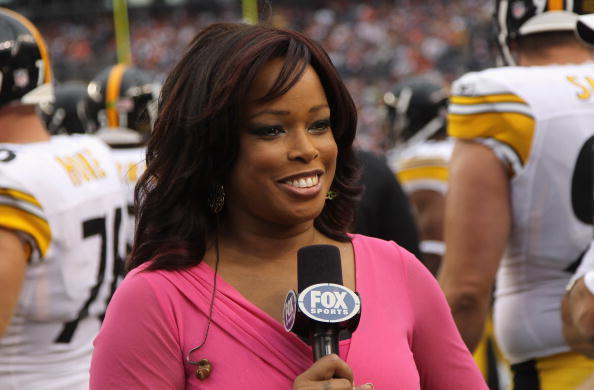 Two years later, she began working as a sideline reporter for Fox Sports along John Madden and Pat Summerall, the network's top-rated broadcast team. In 2005, Pam became a sideline reporter for TNT's NBA Playoffs coverage, and she stayed in the role until 2009. In July 2014, Fox Sports replaced Oliver with Erin Andrews on the #1 NFL broadcasting team and moved her to the #2 team, which included Kevin Burkhardt and John Lynch. Pam spoke about the demotion in "Essence" magazine, stating, "Colleagues, and even coaches and players, would come up to me and say things like, 'Boy, you're handling this well. You're really a class act.' But I let the rumors roll off my back. Without official confirmation about a change in my position, I decided I was going to do my work like I always had. Still, I was humiliated." She added, "For a while I was lost in sadness. I kept thinking, What am I going to do on Sundays?" In 2015, the network extended Pam's sideline reporting job through the end of the 2016 season, and as of this writing, she is still working in that role.

Pam married Alvin Whitney in 1990. Whitney is a television producer who has earned several Sports Emmy awards and nominations. In 2014, Oliver moderated a panel at the Healthy Kids and Safe Sports Concussion Summit at the White House for President Barack Obama.

In 2004, "Ebony" magazine named Pam an "Outstanding Woman in Journalism," and she was honored as one of WISE's (Women In Sports and Events) "Women of the Year" in 2008. She won a Gracie Award from the Alliance for Women in Media in 2018, and she received a Lifetime Achievement Award from Atlanta Women in Sports  in 2019. 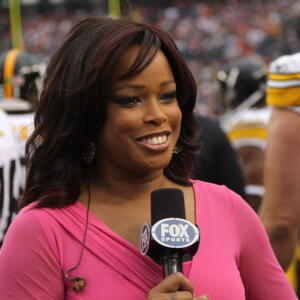