What is Omarosa's Net Worth?

Omarosa is an American TV star who has a net worth of $3.5 million. Omarosa has become famous as a participant on The Apprentice, VH1's The Surreal Life, NBC's Fear Factor and Girls Behaving Badly on the oxygen channel. She has also appeared on many talk shows, including Oprah Winfrey Show.She was also a member of Donald Trump's presidential administration.

Omarosa Onee Manigault Newman was born on February 5, 1974 in Youngstown, Ohio. Her parents were Theresa Marie Walker and Jack Thomas Manigault, who was murdered when Omarosa was only seven years old. She attended The Rayen School and then enrolled at Central State University in Wilberforce, Ohio where she earned a bachelor's degree in communications with a concentration in radio. She then moved to Washington D.C. to attend Howard University where she earned a master's degree and began a doctorate degree, though she did not finish.

While living in D.C. in the 1990s, Omarosa worked in the office of Vice President Al Gore during the Clinton administration, though she was transferred from one office to another and did not receive positive work reviews.

In 2004, she made her first public appearance when she was cast on the first season of the NBC reality show "The Apprentice" created by businessman and future politician, Donald Trump. Due to her confrontational personality, she quickly became a notorious television figure and was dubbed as "reality TV's number one bad girl" by the E! network. She made it until the ninth week on the show. In 2008, she participated in the first season of the show's sequel "Celebrity Apprentice." She made it until the tenth episode of the show before being kicked off.

In 2010, she collaborated with Trump to create a dating show called "The Ultimate Merger." The premise of the show involved 12 men who were competing for Omarosa's affections. The show aired on TV One but was not particularly successful. She then appeared on "All-Star Celebrity Apprentice." Her time on the show ended dramatically after Trump fired her following an argument between her and Piers Morgan, who she had clashed with previously on "Celebrity Apprentice." 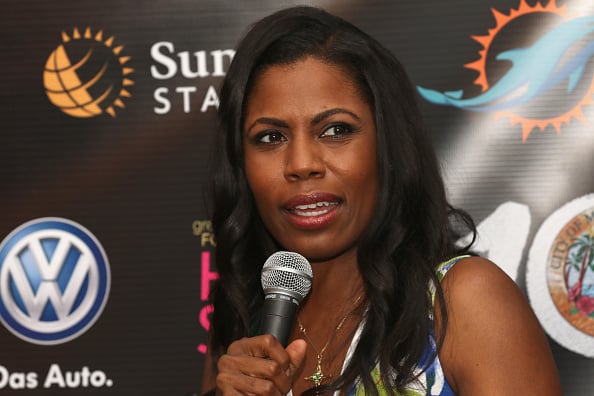 Though Omarosa had been vocal about being a supporter of Hillary Clinton and was registered Democrat for over a decade, her personal relationship with Donald Trump influenced her decision the become the director of African-American outreach for Trump's presidential campaign in July of 2016. When Trump won the election, Omarosa was announced as one of nine additional members to the Trump presidential transition team. She was the only one that did not have any roots in the Republican party or history of conservative politics.

In January of 2017, Omarosa officially joined the Trump White House staff and focused on public engagement. Her title was assistant to the President and director of communications for the Office of Public Liaison. However, her time in the role was short-lived, as she was fired in December of 2017 by Chief of Staff John F. Kelly. Omarosa had secretly taped the firing process and then gave the tape to Chuck Todd to air on his program "Meet the Press" in April of 2018. Omarosa then wrote and released a book, "Unhinged," in August of 2018 in which she is highly critical of Trump and accuses him of being a racist. In May of 2019, she joined a collective legal action against the Trump administration that alleged violations of the Equal Pay Act.

Following her time in the political sphere, Omarosa appeared on the first season of "Celebrity Big Brother" in February of 2018. While on the show, she was vocal about her criticisms of the Trump administration and revealed a number of details about her time working in the White House. Omarosa placed fifth overall on the show. In 2021, she competed on "Big Brother VIP," the celebrity edition of Australian "Big Brother."

In 2000, Omarosa married Aaron Stallworth. The couple remained together for several years before separating and then divorcing in 2005. In 2010, she began dating actor Michael Clarke Duncan, whom she met at Whole Foods supermarket. In July of 2012, Omarosa found Duncan in cardiac arrest and was able to perform CPR to revive him. However, he never fully recovered from the heart attack and passed away in September of that year. Following his death, Omarosa had a contentious relationship with Duncan's family, as they accused Omarosa of selling his belongings without their knowledge.

Omarosa enrolled at the United Theological Seminary in Ohio to pursue of Doctor of Ministry degree. She received a preacher's license in February of 2011 and became ordained the following year. In April of 2017, Omarosa married John Allen Newman in Washington, D.C. Newman is the senior pastor of The Sanctuary at Mt. Calvary church in Jacksonville, Florida. 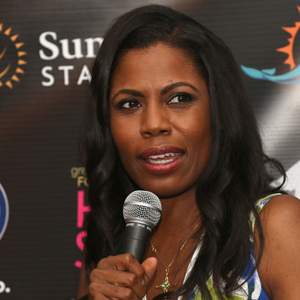