Olivia Palermo Net Worth: Olivia Palermo is an American socialite who has a net worth of $10 million dollars. Olivia Palermo was born on February 28, 1986 in Greenwich, Connecticut. She is the daughter of real estate developer Douglas E. Palermo and interior designer Lynn Hutchings. As a child, she attended Nightingale-Bamford School in New York.

Palermo graduated from St. Luke's School in New Canaan, Connecticut where she was on the field hockey team. She attended the American University of Paris for a year and studied media at The New School in New York. In 2009, Palermo came to prominence after being cast in the reality television series "The City", a spin-off of MTV's television show "The Hills". Palermo was paid $12,000 per episode while also working in the PR department for Diane von Furstenberg and later the accessories department at Elle. "The City" returned for a second and final season in 2010, in which Palermo was given reporting duties for Elle.com. Palermo was signed to Wilhelmina Models in 2009. She has appeared on the cover of magazines including Elle Mexico, Tatler, ASOS Magazine, Shop Til You Drop, and Marie Claire. On June 29, 2014, Olivia Palermo married her long time boyfriend, German model Johannes Huebl. 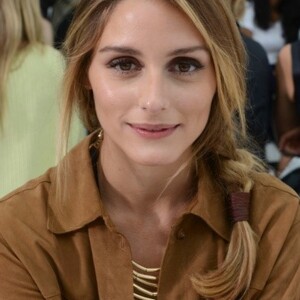