Oliver Sykes Net Worth: Oliver Sykes is an English singer-songwriter who has a net worth of $2 million. Born Oliver Scott Sykes (aka Oli Sykes) on November 20, 1986, in Ashford, Kent, England, he is best known as the lead vocalist of the British metalcore band Bring Me the Horizon. In 2003, while at high school, Sykes made his music career beginnings putting together compilation CDs and short tracks under the name Quakebeat.

At the time, he also played in the various bands, like the hip-hop group Womb 2 Da Tomb (with fellow Bring Me the Horizon member Matt Nicholls and brother Tom Sykes) and metal band Purple Curto, under the pseudonym "Olisaurus", which he would later use for releasing solo material. It was in 2004 when the death metal band Bring Me the Horizon was formed by Oliver Sykes (lead vocalist), Lee Malia (lead guitarist), Matt Nicholls (drummer) and Jordan Fish (keyboardist). They have since released four studio albums and two extended plays. The band is noted for their metalcore music, which started to adopt a more eclectic style in their latest releases. In addition to his work with Bring Me the Horizon, Sykes also founded his own alternative clothing line Drop Dead Clothing. 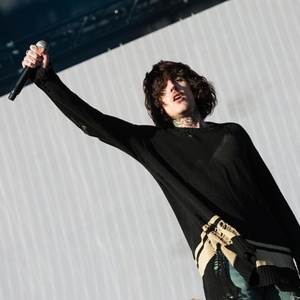