Ola Jordan net worth: Ola Jordan is a Polish professional ballroom dancer who has a net worth of $6 million. Ola Jordan was born in Nasielsk, Poland in September 1982. She is best known for being featured on the reality television series Strictly Come Dancing. Jordan won a championship event in Poland and then moved to England where she partnered up with dancer James Jordan.

Ola and James married in 2003. Jordan started dancing at 12 years old in school and won Poland's Open Championships in 1999. She has starred on Strictly Come Dancing since 2005 and has been partnered with celebrity dancers DJ Spoony, Kenny Logan, Andrew Castle, Chris Hollins, Paul Daniels, Robbie Savage, Sid Owen, Ashley Taylor Dawson, and Steve Backshall. She was scheduled to appear in the TV series The Jump in 2015 but broke her leg while training. In 2016, Ola joined the cast of "I'm a Celebrity… Get Me Out of Here!". She did not last long on the show. She was third celebrity eliminated. 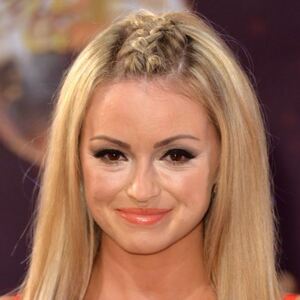