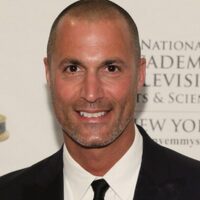 Nigel Barker net worth and salary: Nigel Barker is an English author, spokesperson, filmmaker, fashion photographer and former model who has a net worth of $45 million. Nigel Barker is the son of a former Miss Sri Lanka, who wanted her son to pursue a modeling career. He initially was more interested in the sciences, and wanted to continue his studies in medicine. He appeared as a contestant on "The Clothes Show" (1986), a televised British model search, which started his career in fashion as a model. Because of his modeling, his love for fashion grew, and in 1996 he decided he wanted to become a photographer. He opened his own photo studio. His photography would eclipse even his successful modeling career, and he became well known for his generosity in nurturing the careers of rising models. He is best known for his participation as a judge and photographer on the reality show America's Next Top Model. He appears as a judge for Americas Next Top Model with Tyra Banks. In January 2009, he opened a photography exhibit, Haiti: Hunger and Hope, at the Milk Gallery in New York. His work in Haiti earned him a Do Something with Style Award nomination from the VH1 Do Something Awards. He has also released a book titled "Nigel Barker's Beauty Equation: Revealing a Better and More Beautiful You" in 2010. Aside from being a celebrated model and photographer, he is also a husband and father. He lives in New York with his wife Cristen, and their children, Jack and Jasmine. Nigel Barker was born on April 27th, 1972 in London, England, and is of English and Sri Lankan descent.