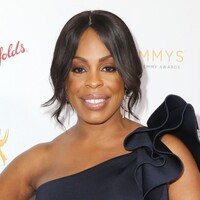 Niecy Nash net worth: Niecy Nash is an American comedian, actress, and producer who has a net worth of $4 million dollars. An actress, comedian, and host, Niecy Nash has worked on multiple sitcoms including, "Reno 911", "That's So Raven", and "The Bernie Mac Show". She also hosted "Clean House" on the Style Network until Summer 2010. Carol Denise Ensley was born in Palmdale, California in February 1970. When her younger brother Michael was killed, her mother formed M.A.V.I.S. (Mothers Against Violence in Schools) and Nash now serves as the spokesperson. She graduated from California State University, Dominguez Hills. Her first acting role came in the movie Boys on the Side in 1995. She has appeared in the television shows NYPD Blue, Reba, Judging Amy, Girlfriend, ER, CSI: Crime Scene Investigation, and City of Angels. She played Raineesha Williams on Reno 911! from 2003 to 2009. She was also the host of Clean House from 2003 to 2010 for which she won a Daytime Emmy award. Since 2012 she has been featured on the show The Soul Man as well as Getting On since 2013. In 2010 Nash was a contestant on Dancing with the Stars. She had a short lived reality show on TLC called Leave It To Niecy. She is married to Jay Tucker and has three children with her former husband. She has also appeared in the movies Code Name: The Cleaner, Not Easily Broken, G-Force, and Trust Me.