What is Nicole Richie's Net Worth?

Nicole Richie is an American reality television star, model and actress. Nicole Richie has a net worth of $40 million. That is a combined net worth with her husband, rock star Joel Madden. She rose to fame alongside her good friend Paris Hilton when both girls appeared on the hit reality TV show "The Simple Life." During her time in the spotlight, Nicole was constantly hounded by media organizations and tabloid journalism. After "The Simple Life," Richie continued to appear in a range of reality TV shows and started a "real" acting career.

Nicole Camille Escovedo was born on September 21st of 1981 in Berkeley, California. Her birth parents quickly realized that they did not have the financial resources to care for their new child, and they allowed her to live with Lionel Richie from a very young age. Although Richie became her legal guardian at first, he and his wife Brenda Harvey officially adopted her when she was nine years old.

However, this family stability became quite brief, as Brenda and Lione went through an emotional divorce process shortly afterwards. Although they were dealing with significant issues, the two parents tried to treat Nicole as best they could over the course of their breakup. Because of Lionel Riche's close involvement in the music industry, Nicole was exposed to a number of high-profile celebrities from a very early age. Michael Jackson was her godfather while she was growing up, and Quincy Jones is also a close family friend who has known Nicole since she was very young.

After graduating from a preparatory school in 1999, Richie attended the University of Arizona. She studied arts and media and rubbed shoulders with celebs such as Kourtney Kardashian and Luke Walton while taking classes. After two years, it became clear that she wasn't really sure what she wanted to achieve with her education, and so Nicole left college and returned to California.

In 2003, Nicole Richie joined her childhood friend Paris Hilton in a new reality TV series called "The Simple Life." The premise was, well… simple. The two young women were left on a rural farm in Arkansas where they were exposed to a lifestyle and culture that they were quite unfamiliar with. The show proved to be a massive success and continued until a troublesome fifth season that was hampered by a number of issues. Firstly, the two women had a major falling out and refused to speak with each other. Second of all, both women were facing jail time for legal issues. In the end, the fifth season proved to be the last.

Throughout the next period, Nicole started to guest star in a number of films and TV shows. Her first movie role was in "Kids in America." In terms of television, she has appeared in shows like "Eve," "Six Feet Under," "American Dreams," "8 Simple Rules for Dating My Teenage Daughter," "Chuck," and "Project Runway." Her most substantial TV job came in 2016 when she booked a recurring role in the sitcom "Great News." The series ran for two seasons.

In 2005, Nicole Richie published the successful book "The Truth About Diamonds." Loosely based on her life experiences, the book explored the effects of fame on childhood. It also deals with themes such as drug addiction and excessive partying. Her book made it to the New York Times bestsellers list, and there was even talk of it being adapted into a TV series at one point. In 2010, she released another book called "Timeless."

Outside of television, Richie is closely involved with the fashion industry. She has been featured in several blogs and magazines, and she is also a model who has worked with magazines like Vogue and Elle. In terms of brand endorsements, she has signed deals with Bongo Jeans, Urban Decay, and Jimmy Choo. In addition, she has created a number of clothing, handbag, and jewelry lines. 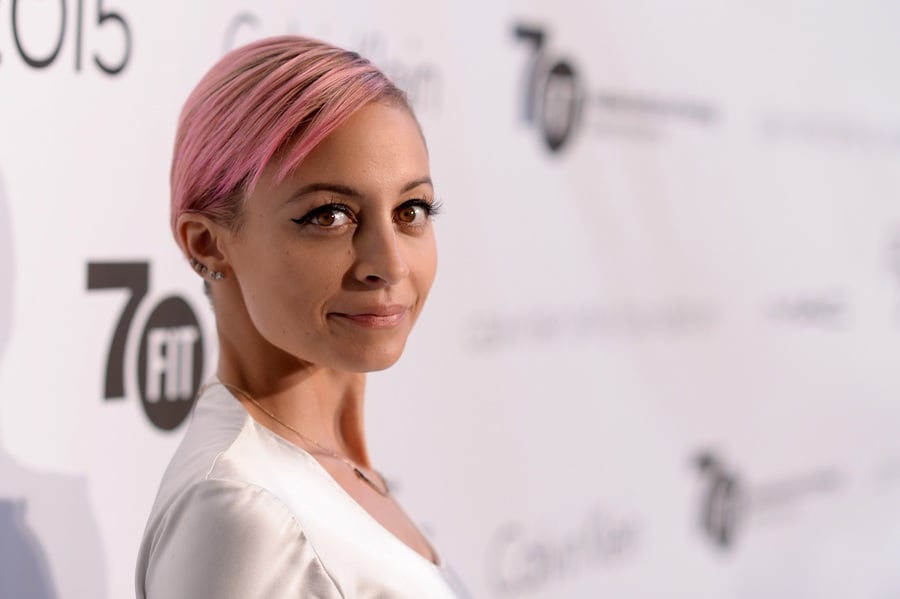 Nicole Richie's first high-profile relationship was with a DJ named Adam Goldstein. They dated from 2003 to 2005, and at one point they were engaged for nine months. However, the pair called off the engagement and split up.

In 2006, Nicole started dating Joel Madden, the lead vocalist for the pop-punk band Good Charlotte. Over the course of their relationship, they have had two children together. In 2010, they were married, and they currently live in Los Angeles together.

Nicole Richie has been the subject of continuous rumors regarding her health, particularly her weight. Over the many seasons of "The Simple Life," it seemed as though Richie was getting skinnier and skinnier. Eventually, people started to suspect that she was anorexic or bulimic. Richie publicly acknowledged these rumors, denying that she had an eating disorder but confirming that her inability to put on weight was a concern for her.

Eventually, she enlisted the help of a nutritionist and a personal trainer to try and address the issue. In 2007, she was hospitalized due to dehydration and was subsequently diagnosed with hypoglycemia.

Nicole Richie has dealt with a number of legal issues over the course of her life. Back in 2002, she was arrested in connection to a fight outside of a nightclub, although all charges against her were later dropped. The next year, she was pulled over by police who discovered that she was driving without a license while in possession of heroin. She then checked into rehab and was sentenced to three months of probation.

In 2006, she was charged with a DUI. She had merged onto a freeway through an exit ramp before driving into oncoming traffic on the wrong side of the road. Nicole later admitted to being high on both marijuana and Vicodin while behind the wheel. As a result of these incidents, Richie was forced to take an 18-month anti-drinking driver education program.

In 2015, Nicole Richie and her husband Joel Madden purchased a property in the Beverly Crest neighborhood of the Santa Monica Mountains for $6.7 million. The westside Los Angeles property features 5,515 square feet of living space, a two-car garage, and a swimming pool. The house was built in 1957 and was once owned by actor Jack Nicholson. In June 2021 they sold this home to Adele for $10 million.

In September 2021 Joel and Nicole paid $10.2 million for a home in their previous neighborhood.