What is Neil Cavuto's Net Worth and Salary?

Neil Cavuto is a television news anchor, business journalist and commentator on who has a net worth of $25 million. He is the host of the programs "Cavuto Live" and "Your World with Neil Cavuto," as well as the Fox Business Network's "Cavuto: Coast to Coast." Despite the network for which he works, Cavuto frequently criticizes Donald Trump.

Neil Cavuto was born on September 22, 1958 in Westbury, New York on Long Island. His father Patrick worked as a sales executive at a can company, while his mother Kathleen was a United Nations staffer and housewife. Cavuto is of Italian descent on his father's side and of Irish descent on his mother's side. Raised in Danbury, Connecticut, he went to Immaculate High School as a teenager. When he was 17, Cavuto became the manager of a fish and chips restaurant. During the Carter administration, he worked as a White House intern. For his higher education, Cavuto went to St. Bonaventure University in Allegany, New York, graduating in 1980 with a bachelor's degree in mass communication. He subsequently enrolled at American University in Washington, DC, from which he obtained his master's degree.

Cavuto began his career on television as a principal anchor and reporter for CNBC, co-anchoring the channel's inaugural broadcast in April of 1989. Additionally, he hosted the business news program "Power Lunch," and contributed to "Today" on NBC. Following this, Cavuto worked with the Public Broadcasting Service, reporting for "Nightly Business Report" for 15 years.

In July of 1996, Cavuto joined Fox News, which was to officially launch in October. His first gig was as the host and managing editor of "Your World with Neil Cavuto," a news and business talk program that features interviews, analysis, updates on current events, and discussion of changes in the stock market. Recurring segments include "Common Sense," in which Cavuto offers his point of view on a given news story; "Generation Hexed," in which he talks with millennials about financial challenges; and "Mailing It In," in which he reads aloud mostly critical social media posts and emails from viewers.

Cavuto became a vice president of Fox Business News in March of 2006. Later, in January of 2018, he debuted a new show called "Cavuto Live," a two-hour weekend news program focused on the intersection of politics and business. Additionally, he hosts "Cavuto: Coast to Coast" on the sister channel Fox Business Network. For his work on television over the years, Cavuto received five CableACE Award nominations from the National Cable Television Association. 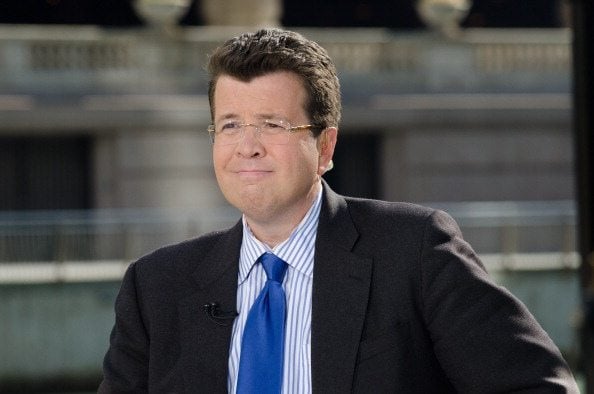 Beyond television, Cavuto has had success as an author. He released his first book, "More Than Money," in 2004. The following year, Cavuto came out with "Your Money or Your Life." Both of these titles were New York Times bestsellers.

In 1983, Cavuto wed Mary Fulling. Together, the couple has three children named Bradley, Tara, and Jeremy, and reside in Mendham Borough, New Jersey.

Cavuto has struggled with health issues for much of his life. After overcoming a near-life-ending cancer, he was diagnosed with multiple sclerosis. In 2016, Cavuto successfully underwent cardiac surgery. Five years later, he tested positive for COVID-19 despite having been vaccinated. 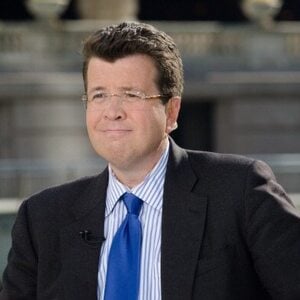