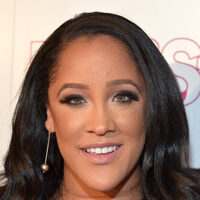 Natalie Nunn Net Worth: Natalie Nunn is an American reality television personality who has a net worth of $325 thousand. She is best known for appearing as one of the housemates on Oxygen's fourth season of the Bad Girls Club in 2009-10.

Natalie Nunn was born December 26, 1984 in Oakland, California. She subsequently appeared on seasons 5 and 6 of Bad Girls Club, as well as Hair Battle Spectacular. Natalie Nunn was also a contestant on the second season of Love Games: Bad Girls Need Love Too. She participated on the first season of Bad Girls All-Star Battle as well. Natalie Nunn (also known as The Socialite and Crimson Chin), was removed from the show in episode 11 after an altercation with Kendra, Amber and Lexie. After BGC4,

Natalie made an appearance on episode 10 of BGC5. Natalie then appeared on Tanisha Gets Married show with Tanisha Thomas and Amber Meade. Next, Natalie became one of the contestants of season 2 of Love Games: Bad Girls Need Love Too. Natalie finished in second place. After Love Games, Natalie became another contestant on season 1 of Bad Girls All-Star Battle, placing fifth. Finally, Natalie appeared on the special Twinstant Replay.

Prior to All-Star Battle, Natalie got married. Now Natalie, along with Camilla from season 8, hosts Makin' It to the Mansion specials, which talks about the new bad girls. Natalie made a name for herself in Season 4 with her "I run LA socialite" persona. Entering the house with the baddest of the bad, she was not about to allow any of these 'Bad Girls' to run all over her or try to dominate her game.

Now an international socialite, she says she's not in the competition for the money—she's in it to show the girls who's the boss. She played soccer at the University of Southern California on a full (soccer) scholarship, where she received two degrees. More recently, she has also appeared on the hit reality series, Marriage Bootcamp: Reality Stars, where she works on her relationship with husband, Jacob Payne.