Nancy O'Dell net worth and salary: Nancy O'Dell is an American television host who has a net worth of $16 million. Born in Sumter, South Carolina, Nancy O'Dell graduated from Clemson University in the early 90s. During this time she also competed in various pageants, winning Miss South Carolina and competing in the Miss America pageant. She began her career as a reporter and anchor in South Carolina, and won awards for her reporting and journalism work. She caught the attention of a larger news outlet in Miami and relocated in 1993. She subsequently moved to the West Coast, and began to serve as lead anchor on "Access Hollywood" in 1996. In addition to her work on "Access Hollywood" she also served as a guest anchor and commentator for "Dateline NBC" and "Today". She has hosted a number of television specials and events, including the Miss USA and Miss Universe competitions, and multiple Golden Globe Awards pre-show specials.

In 2016, Nancy O'Dell was caught up in a controversial video that ended up being very damaging to Donald Trump's Presidential campaign. In the video that was filmed in 2005, Trump made inappropriate comments about O'Dell to Billy Bush, who was O'Dell's Access Hollywood co-anchor at the time. 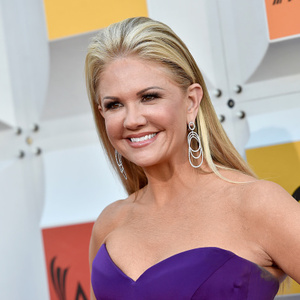