What is Nadya Suleman's net worth?

Nadya Suleman is an American television personality who has a net worth of $300 thousand. She is best known as "Octomom." She earned that nickname after a media frenzy that began in late 2008 when it was revealed that she would be soon delivering eight babies that were conceived via IVF.

Natalie Suleman was born in Fullerton, California on July 11, 1975. The only child of Edward Doud and Angela Victoria Suleman, she is of Lithuanian and Palestinian descent. Her mother worked as a schoolteacher and her father was a restaurant owner who previously worked in Iraq as a translator. Natalie attended Nogales High School. She was known as Natalie Doud throughout her school years. Suleman later earned a psychiatric technician license at Mt. San Antonio College in Walnut, California. She then went on to graduate with a B.S. in child development before she moved on to California State University in Fullerton, CA. After graduating, Suleman worked for three years at a state mental hospital in California.

Suleman and Marco Guitierrez were married in 1996 and they separated in 2000. Their divorce was finalized in January 2008.  She and her former husband were unable to have children. They divorced after her husband did not want her to try in-vitro fertilization.

At 21, in 1997, Suleman started IVF treatment under the supervision of her doctor Dr. Michael Kamrava. She had her first son in 2001, followed by a daughter in 2002, followed by more IVF treatments which resulted in four more children including a set of fraternal twins.

She later requested that six embryos be transferred into her uterus at one time. It was later found that Dr. Kamrava had actually transferred 12. A woman of Suleman's age would typically only have a maximum of three embryos per transfer. In January 2009 she gave birth to octuplets, becoming only the second set of octuplets to be born alive in the U.S.

There has been controversy surrounding Suleman and assisted reproductive technology. Her doctor was investigated by the Medical Board of California. They found that Kamrava, in transferring 12 embryos, exhibited an "extreme departure from standard of care." Their findings  resulted in him being kicked out of the American Society for Reproductive Medicine and his license being revoked in 2011. 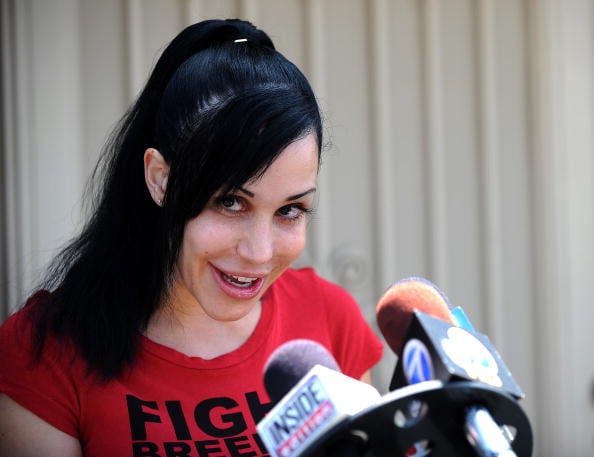 The arrival of the octuplets caused an international media frenzy, largely negative, and Suleman was given the nickname in the media of "Octomom." The Octomom received several death threats daily and faced protesters on her front lawn. Many questioned Suleman's ability to provide for her many children, although she claimed to be able to independently support them. Due to health concerns, the babies were released from the hospital at different intervals. When Suleman brought the seventh octuplet home on April 1, 2009, vandals threw a baby seat through the back window of her van. Suleman quickly hired the Killeen Furtney Law Group to represent her, but they ended their involvement with the case after they too began receiving death threats. She next hired Victor Munoz, but he quit after just a few days.

Suleman's first of many TV interviews began in February 2009 when she sat down with Ann Curry. Suleman vehemently denied suggestions that her decisions were selfish or that she would be unable to provide for her kids and stated: "I know I'll be able to afford them when I'm done with my schooling. If I was just sitting down watching TV and not being as determined as I am to succeed and provide a better future for my children, I believe that would be considered, to a certain degree, selfish." The following month, she appeared on Dr. Phil. In April 2009, Suleman announced that she had struck a deal to appear on a reality show based in the UK. However, The Hollywood reporter claimed that U.S. networks refused to pick up the show. She later was featured in a two-hour special on Fox, "Octo-Mom: The Incredible Unseen Footage."  She was featured in an issue of Star magazine and appeared on The Oprah Winfrey Show twice. On her second appearance, Suleman was given financial advice from Suze Orman. Suleman posed seminude for the UK magazine Closer in March 2012.

Suleman also appeared in Cledus T. Judd's music video "Honey." She starred in the low budget horror film in which she played Vanessa, a film student, in "666 the Devil's Child" in 2012. She appeared in the adult film "Octomom Home Alone" in 2012, which received four AVN award nominations. The film also won the award for "Best Celebrity Video."  In 2017, Suleman gave an interview for the Bravo show "Andy Cohen's Then & Now."

Suleman filed for Chapter 13 bankruptcy in April 2012. She had $50,000 in assets and $1 million in debt. The home she purchased in La Habra went up for auction shortly after she filed. She had previously been accused of child neglect after she spent several thousands of dollars on services for herself such as haircuts. Social workers, however, after a visit to the home, determined that the kids were not in danger and should remain in the house. '

In October 2012, Suleman checked herself into a rehab center in Los Angeles for exhaustion, stress, and anxiety. In January 2014 she was accused by the state of California of committing welfare fraud. She had allegedly failed to disclose $30,000 of personal earnings. She pleaded no contest to the welfare fraud misdemeanor and was sentenced to two years of probation and 200 hours of community service. 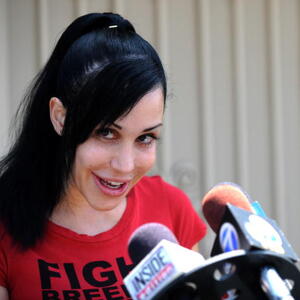