Zahia Dehar Net Worth: Zahia Dehar is a French lingerie designer and model who has a net worth of $5 million dollars. Born February 25, 1992 in Ghriss, Algeria, she is best known for being embroiled in an underage prostitution scandal in 2008 when she was allegedly paid for sex by Sebastian Ariza Medina as well as French national football team members Franck Ribéry and Karim Benzema.

While the age of consent in France is 15, prostitution is only legal if the prostitute is over the age of 18. The investigation began in 2010 just before the French team participated in the 2010 FIFA World Cup and involved both players. The scandal brought much attention to the young Dehar and she was soon notorious. The players were facing up to three years in prison and hefty fines, while Dehar would face no charges, as prostituting in itself is not a crime under French law. The charges against the players were later dropped, as the players claimed not to be aware of her underage status. Dehar's nickname in the French press, subsequent to this scandal and future postings of indiscreet photos on Twitter, became scandaleuse (French for 'the scandalous one). At the height of this negative yet high-profile attention, Dehar took an opportunist angle and paid to appear as a fashion model on the cover of the Spanish version of V magazine in 2011, capitalizing on the attention the scandal brought to her. In 2012, she premiered a line of lingerie at Paris Fashion Week. In 2016 she appeared in the French comedy film Josephine's s'arrondit. 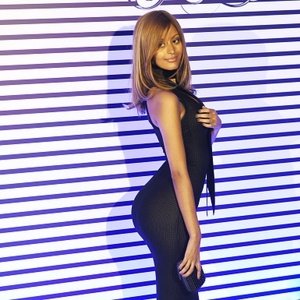