What Is Yvette Prieto's Net Worth?

She was a model and a filmmaker before dating a number of celebrities, notably Julio Iglesias Jr, the older brother of Enrique Iglesias and the son of Julio Iglesias.

She married Michael Jordan on April 26, 2013 in a lavish ceremony in Palm Beach, Florida. They married after five years of dating and four years of cohabitation. Prieto and Jordan made it official in front of 500 guests who witnessed their nuptials at Episcopal church Bethesda-by-the-Sea. Later, another 1,500 joined the couple for the reception at the Bears Club, a Jack Nicklaus-designed golf course community in Jupiter, Florida, where had Jordan recently built a 38,000-sq.-ft. home. Both Usher and Robin Thicke sang at their wedding reception.

Yvette is 15 years younger than Jordan. Yvette appeared in the documentary "Cuba: An Island Apart" in 2011.

Michael was previously married to Juanita Vanoy from 1989-2006. Vanoy and Jordan have three grown children together: Marcus, Jeffrey and Jasmine. 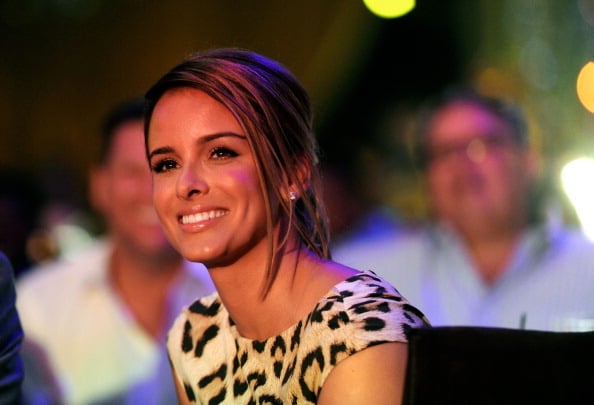 Yvette Prieto was born on March 26, 1979, in Cuba. She is the daughter of Maria and Carlos Prieto, and her brother is also named Carlos; he runs a Miami sneaker store. Yvette was raised in Miami, Florida, and she studied business management at the University of Florida.

Before becoming a model, Prieto was a manager at Beet the LBS and worked at the property management firm Aqua Management. She also worked at a hospital and at her parents' company. As a model, Yvette has worked with popular designers such as Alexander Wang.

In the early 2000s, Yvette was in a relationship with Spanish singer Julio Iglesias Jr. Julio is the son of the world's most commercially successful Spanish singer, Julio Iglesias, and the brother of "The King of Latin Pop," Enrique Iglesias. Prieto met Michael Jordan at a Miami nightclub in 2008, and she moved in with him the following year. The couple became engaged in late 2011 during a vacation in Monaco, and they married on April 27, 2013, at the Episcopal church Bethesda-by-the-Sea in Palm Beach, Florida. Wearing a J'Aton Couture wedding gown, Yvette married Michael in front of approximately 300 guests, and Robin Thicke and Usher performed  at the wedding reception, which took place at The Bear's Club in Jupiter. The wedding was estimated to cost $10 million, and Prieto and Jordan asked their guests to donate to the James R. Jordan Foundation (which is named after Michael's father, who was tragically murdered in 1993) in lieu of gifts. After the ceremony, Yvette and Michael donated the wedding flowers to Jupiter Medical Center.

Prieto and Jordan welcomed twin daughters Ysabel and Victoria on February 9, 2014, and Yvette is stepmother to Jeffrey, Jasmine, and Marcus, Michael's children from his marriage to Juanita Vanoy. Prieto signed a prenuptial agreement that reportedly states that in the event of a divorce, she and Jordan will get to keep any assets they already had at the time of the marriage and that Yvette will be entitled to $1 million for each year she was married to Michael. That figure will be increased to $5 million for each year if they stay married for at least a decade.

Yvette and Michael live in a 28,000 square foot mansion in Jupiter, Florida. Jordan built the home, which sits on three acres, for an estimated $20 million (including the price of the lots it was built on). The home includes 11 bedrooms, a pool house, and a basketball court, and it is located in a gated community called The Bear's Club, which was designed by former pro golfer Jack Nicklaus. Michael owns several properties, including homes in Charlotte, Chicago, and Salt Lake City. 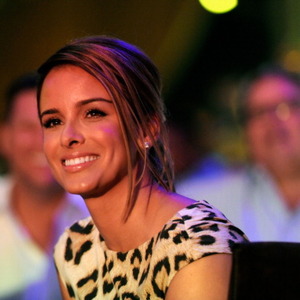