Yu Wenxia Net Worth: Yu Wenxia is a Chinese beauty queen who has a net worth of $10 million dollars. Born August 6, 1989 in Shangzhi, China, she is widely known as the winner of the Miss World pageant in 2012, held in Ordos City, Inner Mongolia. She is only the second Chinese national to do so (behind Zhang Zilin in 2007).

After winning the crown of Miss China in 2012, Wenxia went on to compete in the Miss World pageant where she was also named Miss Talent for her performance of a Chinese folk song during the finals. When asked how she felt about winning the crown of Miss World, she replied, "Surprised and very happy…" During the grand finale of the Miss World 2013, Wenxia performed Tanzette along with the talent competition winner and runner-up Vania Larissa from Indonesia and Erin Holland from Australia. The second of two daughters of farming parents, Wenxia dreamed of becoming a singer and enjoyed classes in music and nature. She completed a four-year university course in Chinese Folk Music at Harbin University in China. 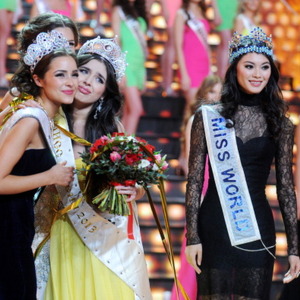