Yolanda Hadid Foster Net Worth and Salary: Yolanda Hadid is a model and reality television personality who has a net worth of $45 million. Yolanda Hadid was famous in her heyday, but she started to become better known as the mother of Bella Hadid and Gigi Hadid after her own modeling career dwindled. More recently, Yolanda Hadid has made a name for herself after appearing in a range of reality television shows. She is also a writer and has pursued various business ventures in later life.

Early Life: Yolanda Hadid Foster was born Yolanda van den Herik on January 11th of 1964. She grew up in a small town in Holland and spent her youth riding horses, milking cows, and tending to various farm chores. Yolanda grew up with her brother, Leo. When she was just seven years old, her father died in a car accident. This proved to be a major challenge for the entire family, but Yolanda's mother became more independent and was determined to provide for her children.

Yolanda also became focused on providing for her family, and she took her first job at age 13. She worked as a dishwasher for a Chinese restaurant. She also worked at a local grocery store. Somehow, the young girl managed to juggle work, school, and farm chores.

Early Modeling Career: Yolanda was noticed by a major fashion designer at age 16. She was helping her friend with a hair show when she was approached by Dutch designer Frans Molenaar, who urgently needed a replacement model for his upcoming fashion show. Yolanda accepted the gig and stunned Eileen Ford when she walked down the catwalk. Eileen Ford was the owner of Ford Models, and she immediately signed the 16-year-old.

Modeling Career: After becoming one of Eileen's models, Yolanda traveled the world and experienced a life that many girls can only dream of. She took part in numerous fashion shows and photoshoots in cities like Sydney, Paris, Milan, Tokyo, Cape Town, and Los Angeles. In 1994, she was thirty years old and had been modeling for close to 15 years. 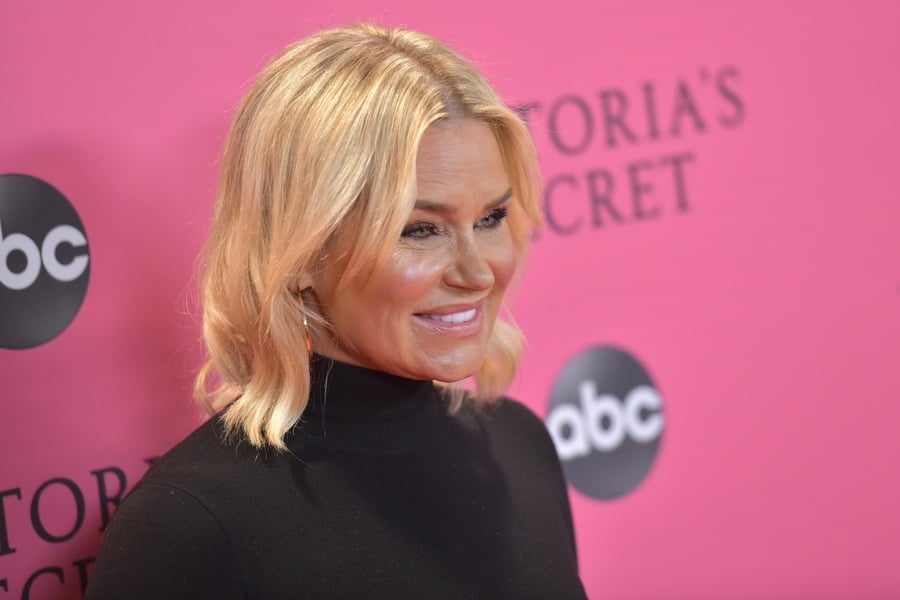 Settling Down: After a long and fruitful modeling career, Yolanda decided that it was time to settle down and start a family. After meeting and marrying Mohamed Hadid, she gave birth to three children. These were Isabella Hadid, Jelena Hadid, and Anwar Hadid. All three children would later become public figures through modeling and other activities. Yolanda and Mohamed's family also included two of his daughters from a previous marriage. Yolanda's marriage with Mohamed Hadid lasted for six years, after which the two got divorced. Mohamed is a real estate developer who is famous for various developments in affluent neighborhoods such as Bel-Air and Beverly Hills.

After the divorce, Yolanda moved away with her children and focused on raising them in the best way she could. Content with being a single mother, the ex-model was not romantically involved with anyone for the next six years. After this, Yolanda met David Foster. The producer, composer, and musician also had children of his own from past marriages, and the pair quickly bonded. After four years of dating, Foster proposed. The two were wed in 2011. Their divorce was announced in 2015 and finalized by 2017.

Television Career: Although Yolanda Hadid Foster had dabbled previously in television, it wasn't until 2012 that she truly arrived on the scene. The hit show The Real Housewives of Beverly Hills made her famous overnight, and she played herself on this reality show. She would become a recurring cast member for four seasons, and her contributions to the series were memorable.

Yolanda also appeared on the successful spin-offs Vanderpump Rules and The Real Housewives of New York City, which capitalized on the success of the earlier reality show. She is longtime friends with reality star Lisa Vanderpump. In 2017, she appeared as a judge in Project Runway. Her most prominent role was in a show called Making a Model With Yolanda Hadid, and this premiered in 2018. She was the host in this show which involved a competition between models.

Struggle With Lyme Disease: Yolanda Hadid Foster made her Lyme disease diagnosis public in 2012. She was active in spreading awareness about the disease and has explained its serious effects on her lifestyle. Yolanda received various treatments for the disease, and at one time stated that her struggle had left her unable to read or write. In 2012, she also had a port implanted in her arm to help her received treatments, although the port was eventually removed. At the height of her struggle, Yolanda tried both mainstream medical treatments and holistic practices. Eventually, she recovered. As a result of her struggle, she released a book called Believe Me: My Battle With the Invisible Disability of Lyme Disease.

Business Ventures: Yolanda Foster Hadid has worked as an interior designer. Prior to her divorce with David Foster, she also launched a project called "Hopelessly Romantic." The project's expressed aims was to help couples reinvigorate their relationships. The project never truly came to fruition.

Yolanda Hadid Foster's salary for the show The Real Housewives of Beverly Hills was $100,000 per season. When Yolanda divorced Mohamed Hadid, court documents revealed that she received a settlement that included a $6 million house in Malibu, a mansion in Santa Barbara, several cars (including her Escalade and Range Rover), and $30,000 in monthly child support. This settlement also included a lump sum fee of $3.6 million in cash.

Real Estate: In June 2007, Yolanda paid $4.5 million for a vacant 3+ acre lot in Malibu. She proceeded to construct an 11,000+ square-foot mansion. In 2013 she attempted to sell the home for $23.5 million but had no takers. She finally sold the house in 2016 for $19.5 million. The buyer was billionaire Robert F. Smith, the wealthiest black person in America. 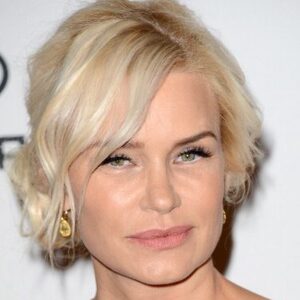