Yaya DaCosta Net Worth: Yaya DaCosta is an American model and actress who has a net worth of $1 million dollars. Born in Harlem, New York, in 1982 as Camara DaCosta Johnson, Yaya DaCosta earned her bachelor's degree in Africana Studies and International Relations at Brown University. She placed second on the hit reality competition TV show "America's Next Top Model" with Tyra Banks.

DaCosta has since gone on to model for Oil of Olay, Sephora, Radioshack, Garnier Fructis, and Dr. Scholl's, and is signed to Ford Models. DaCosta's first credited acting role came on a 2005 episode of "Eve" before she made her big screen debut as LaRhette in 2006's "Take the Lead". Soon after, she landed a recurring part on soap opera "All My Children" in 2008, appearing on 44 episodes as Cassandra Foster. She's gone on to appear in dozens of movies and TV shows, including "Racing for Time", "The Kids Are All Right", "Tron: Legacy", "Mother of George", "Ugly Betty", "Law & Order: Special Victims Unit", "Army Wives", "Body of Proof", and "House". DaCosta has also starred in three music videos: Chingy's "Pullin' Me Back", Jay-Z's "Roc Boys", and Raphael Saadiq's "Good Man". She has been married to her husband, Joshua Bee Alafia, in 2012. They have one child together, and DaCosta has started using the name Yaya Alafia following her marriage. 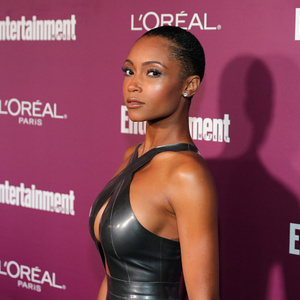