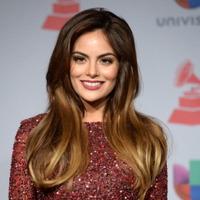 Ximena Navarrete Net Worth: Ximena Navarrete is a Mexican model, actress, and beauty pageant winner who has a net worth of $5 million. Ximena Navarrete was born in Guadalajara, Jalisco, Mexico in February 1988. She started modeling at 16 years old and studied at the Valley de Atemajac University. In 2009 she was crowned Nuestra Belleza Jalisco and then won the title of Nuestra Belleza Mexico. In 2010 she was crowned Miss Universe. The next year she became spokesperson for Old Navy and L'Oreal Paris. Navarrete was a presenter for Nuestra Belleza Mexico 2012, Homenaje el Chavo del Ocho, and Premios TVyNovelas 2012. She also served as a judge for the Miss Universe 2012 pageant. She made her acting debut playing twins in the telenovela La Tempestad in 2013.