Winnie Harlow net worth: Winnie Harlow is a Canadian fashion model, activist, and spokesperson who has a net worth of $3 million. Winnie Harlow was born in Toronto, Ontario, Canada in July 1994. She gained fame on the reality television series America's Next Top Model and became well known for her skin condition called vitiligo.

Harlow serves as a brand ambassador for the clothing brand Desigual. She has been featured in Glamour magazine's Spanish and Italian versions as well as Complex and Cosmopolitan magazines. Harlow was featured on the cover of Ebony magazine in 2015 and starred in a Sprite commercial and an ad campaign for Swarovski in 201 when she was also named one of BBC's 100 Women. She has appeared in the music videos "Guts Over Fear" by Eminem ft. Sia, "The One" by JMSN, and "Lemonade" by Beyoncé. In 2015 Harlow won the Beauty Idol Award from the Gala Spa Awards and the Role Model award from Portuguese GQ Men of the Year. 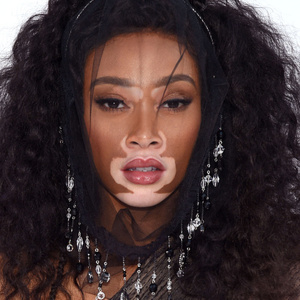