Wanda Acuna Net Worth: Wanda Acuna is a Mexican beauty queen and actress who has a net worth of $10 million. Wanda Acuna was born May 13, 1966 in Aguadilla, Puerto Rico. In her teens, Acuna had already achieved international prominence as Miss Puerto Rico International and Miss Teen American Beauty, among other beauty honors. Wanda Acuna also competed and won championship titles in numerous equestrian events. Best known for her role as the sultry vixen Keesha Monroe on the No. 1 daytime television soap, The Young & The Restless, she crossed from daytime television to the big screen and stunned her audiences with her portrayal of Gina in John Schlesinger's Eye for An Eye, starring Sally Field and Kiefer Sutherland. "Best Young talent in Hollywood…this really beautiful young Latin girl Named Wanda Acuna…she is going to do very well," said Juan Morales of Detour. "In Eye for an Eye…her performance is certainly a departure from daytime Keesha on Y&R," said Janet De Lauro of Soap Opera Weekly. Acuna was originally discovered and signed as the spokesperson for the prestigious Cartier jewelry line. Her very first location (shoot) was in Spain. She went on to enjoy success modeling and appearing in television commercials. She has also been featured in numerous magazines for top fashion designers and was even cast in national commercials for major players such as Ford, Sony, Coke, GE and Miller Genuine Draft. She has also made guest appearances on numerous popular television shows such as Pensacola, Arliss, JAG, LA Heat, General Hospital and House of Frankenstein. 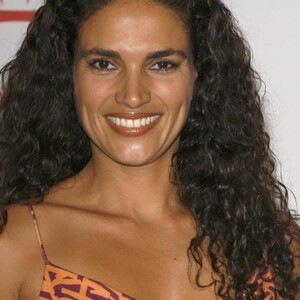