Vida Guerra net worth: Vida Guerra is a Cuban-American model who has a net worth of $750 thousand. Vida Guerra has earned her net worth as a model for many top magazines, including playboy and FHM. She's also made many TV appearances, had an acting role in National Lampoons Dorm Daze 2 and did voice acting in a video game.

Vida Guerra was born in Havana, Cuba in March 1974. As a child she moved to New Jersey. She modeled swim wear in many fashion shows growing up. In December 2002 she was featured in a lingerie spread in FHM magazine. After that issue the magazine received a lot of mail asking to see more of Guerra. In 2004 Guerra was named FHM's Model of the Year. Over the years she has also been in the magazines Playboy, Smooth, Escape, DUB, and Open Your Eyes. Vida has appeared on many Spanish television shows and has been in music videos by Nelly, P. Diddy, and Murphy Lee, Kanye West, and Frankie J featuring Baby Bash. She had a role in the film National Lampoon's Dorm Daze 2 in 2006 and has appeared in a Burger King commercial. Many nude photos of Guerra appeared on the internet in 2005 and she claimed her phone was hacked. Her record label claimed that she did this on purpose and dropped her. She is a vegetarian and has had her own show Livin' the Low Life. 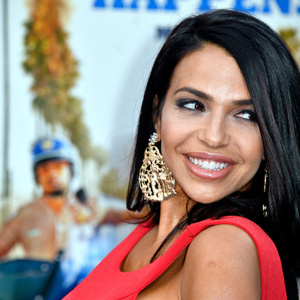