Veronica Webb net worth: Veronica Webb is an American model, actress, writer, and television personality who has a net worth of $8 million. Veronica Webb was born in Detroit, Michigan in February 1965. She was the first African-American model to sign a major cosmetics contract. Webb has been featured on the covers of several magazines including Elle, Vogue, and Essence.

She has walked the runway for Chanel and Victoria's Secret. As an actress Webb has appeared in several films including Jungle Fever, Malcolm X, For Love or Money, 54, Holy Man, In Too Deep, Someone Like You…, Zoolander, and Dirty Laundry. She has also appeared in episodes of the TV series Clueless, Just Shoot Me!, Damon, The West Wing, Becker, and It's Like, You Know… Veronica Webb was a judge on the TV series The Fashion Show from 2009 to 2011. She has served as a spokesperson for Revlon and has written for Interview magazine as well as Elle, The New York Times Syndicate, and more. 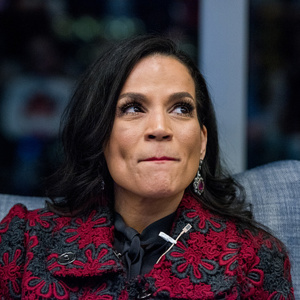