Vendela Kirsebom net worth: Vendela Kirsebom is a Norwegian Swedish model and actress who has a net worth of $6 million. Vendela Kirsebom was born in Stockholm, Sweden in January 1967. She was discovered by Eileen Ford at 13 years old and signed with Ford Models after moving to Italy at 18. She worked for Elizabeth Arden and moved to the United States as a spokesperson for Almay.

Kirsebom has been featured on the covers of several magazines including Shape, Bride's, and FHM (UK). She has frequently been featured in the Sports Illustrated Swimsuit Issue. As an actress she starred as Nora Fries in the movie Batman & Robin in 1997 and appeared in the film The Parent Trap in 1998. Kirsebom has appeared in episodes of the TV series Blossom, The Larry Sanders Show, and Muppets Tonight. She married Swedish politician Olaf Thommessen in 1996 but the couple is now separated. 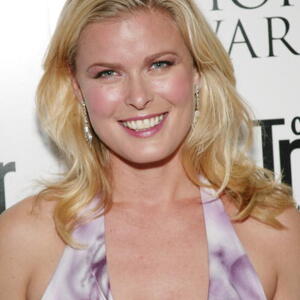