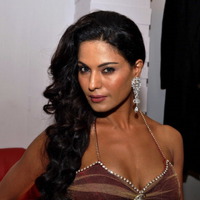 Veena Malik net worth: Veena Malik is a Pakistani actress, television host, and model who has a net worth of $5 million. Veena Malik was born in Rawalpindi, Pakistan. Malik is known for appearing in Bollywood and Lollywood films. Her feature film debut came in 2000 in the movie Tere Pyar Mein. She has appeared in many films including Super Model in 2013. Malik has also competed on the reality TV series Big Boss Season 4 in 2010 and Bigg Toss Reality Game Show in 2011. Veena is considered to be one of the most promising contemporary actresses in Pakistan and has many endorsement deals. She was ranked #26 on FHM India's 100 sexiest women list in 2012 and broke a Guinness World Record for getting the most kisses on her birthday in a span of one minute. In November 2014 Malik and her husband were sentenced to 26 years in prison for allegedly airing a blasphemous program in Pakistan.