Most widely known by her stage name "Vanity", she enjoyed success from the 1980s through the early mid-'90s. Matthews was born on January 4, 1959, in Niagara Falls, Ontario. Vanity started out in the entertainment business as a beauty pageant competitor. She won the Miss Niagara Hospitality title in 1977, before moving to Toronto where she competed for Miss Canada in 1978, and then went on modeling. By the time she turned 17, she was already settled in New York in order to further her career. Vanity soon signed with the Zoli Modeling agency. Early on she struggled for her big break. Her short stature limited her appearances to commercials and photo shoots. She did ads for Pearl Drops toothpaste and she posed twice for Playboy magazine, in May 1985 and in April 1988. In the 1980s, she met Prince who became her lover and supporter. Prince also gave her the name Vanity. Prince soon asked her to be the lead singer of the group Vanity 6. Known for its sexually explicit lyrics and performances, the group's biggest hit was "Nasty Girl". After touring with Prince and The Time, Vanity decided to leave the group. In 1984, she signed as a solo singer with Motown Records, releasing two studio albums "Wild Animal" and "Skin on Skin" respectively. Even though she went on to sign recording deals with other record companies, her music career cooled way down by 1989. As for her screen career, she appeared as a guest star on various TV shows and movies. Vanity also starred in such movies as Never Too Young to Die (1986), 52 Pick-Up (1986) and Action Jackson (1988). In the mid-90s, Vanity was forced to retire from screen and stage after she had become heavily addicted to crack cocaine. Unfortunately, Vanity died on February 15, 2016 at the age of 57 after suffering kidney failure for years. 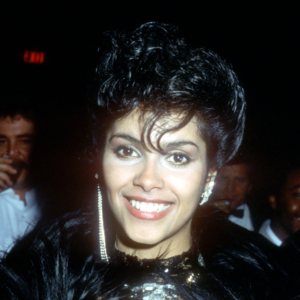