What is Tyson Beckford's Net Worth?

Tyson Beckford is an American fashion model and actor who has a net worth of $8 million. Before making a shift to a film and television career, Beckford first rose to fame modeling for clothier Ralph Lauren, after which he earned the distinction of becoming the first African-American male supermodel. In 1995, VH1 named Tyson "Man of the Year," and he was featured in "People" magazine's "50 Most Beautiful People in the World" list. Several years later, he began appearing in films, such as "Zoolander" (2001), "Biker Boyz" (2003), and "Into the Blue" (2005). Beckford also hosted the Bravo modeling competition "Make Me a Supermodel" from 2008 to 2010, and he has starred in more than 20 music videos, including Toni Braxton's "Breathe Again" (1993) and "Unbreak My Heart" (1996), Britney Spears' "Toxic" (2004), and Mariah Carey's "Infinity" (2015).

Tyson Beckford was born Tyson Craig Beckford on December 19, 1970, in Rochester, New York. His mother, Hillary, is of Afro-Jamaican descent, and his father, Lloyd, is of Chinese-Jamaican and Afro-Jamaican heritage. The family moved to Jamaica when Tyson was very young and spent seven years there, then moved back to Rochester. Beckford attended the top-ranked Pittsford Mendon High School in Pittsford, thanks to a busing program that brought youths from urban areas to suburban schools. Tyson played football and ran track in high school, and he has one sister, Shanique.

In 1992, talent scout Jeff Jones discovered Beckford at NYC's Washington Square Park and recruited him for "The Source" magazine. The following year, he began modeling for Ralph Lauren's Polo sportswear line. Tyson signed with NYC's Soul Artist Management and Milan's D'management Group, and VH1 ranked him #38 on their "40 Hottest Hotties of the '90s" list. He made his film debut in 2000's "Boricua's Bond" and played himself in Ben Stiller's male model comedy "Zoolander" in 2001. In 2002, Beckford appeared in the films "Trois 2: Pandora's Box" and "Gully" and guest-starred on the ABC sitcom "My Wife and Kids." He competed on the reality show "I'm a Celebrity… Get Me Out of Here!" in 2003, and that year he also guest-starred as "Sexy Guy" on UPN's "Half & Half." Tyson later starred in 2005's "Searching for Bobby D," "Into the Blue," and "Wait" and 2007's "Kings of the Evening." 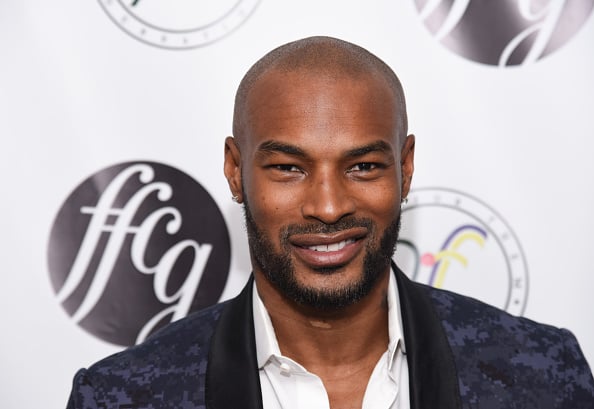 In 2008, Beckford began co-hosting "Make Me a Supermodel" with model Niki Taylor, and during season two, he was the show's only host. He also served as a judge on the Australian version of the series as well as "America's Next Top Model" and "Britain and Ireland's Next Top Model." In 2015, Tyson performed with Chippendales for several weeks at the Rio All-Suite Hotel & Casino in Las Vegas, and in recent years, he appeared in the films "Chocolate City" (2015) and "Supermodel" (2016) and the television series "The Characters" (2015) and "Huge in France" (2019).

Tyson dated celebrity stylist April Roomet in the late 1990s, and they had a son, Jordan, in 1998. Following in his father's footsteps, Jordan signed with Soul Artist Management, and he made his runway debut during a Tommy Hilfiger show in Shanghai in 2018. Beckford was reportedly married to entrepreneur Berniece Julien from 2007 to 2009.

In June 2005, Beckford was injured in Secaucus, New Jersey, after losing control of his Dodge Ram pickup truck and crashing into a utility pole. Though the vehicle caught on fire, Beckford managed to escape, and he was hospitalized at the Jersey City Medical Center, where he was treated for cuts and head trauma.

Tyson has served as an ambassador for Kick 4 Life, a nonprofit organization that uses soccer to "transform the lives of vulnerable young people in Lesotho, and in doing so promote long-term sustainable development in the Mountain Kingdom." In 2008, he recorded a voice message in support of the National RESPECT! Campaign. 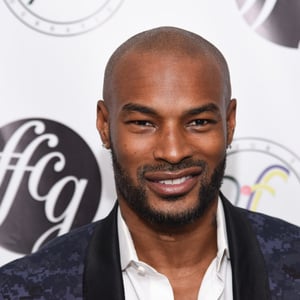