What is Tyra Banks' net worth?

Tyra Banks is an American media personality, actress, singer, model, and businesswoman who has a net worth of $90 million. Although Banks got her start as a fashion model, she has made her fortune in television.

Banks was born on December 4, 1973 in Inglewood, California. She began her modeling career while she was still in high school. She was rejected by four modeling agencies, before eventually signing a contract with L.A. Models. Then, when she was 16 years old, she signed with Paris-based Elite Model Management, at which point she moved to Milan.

Her runway debut came two years later, during the 1991 Paris Fashion Week. She booked a total of 25 shows during her very first runway season. 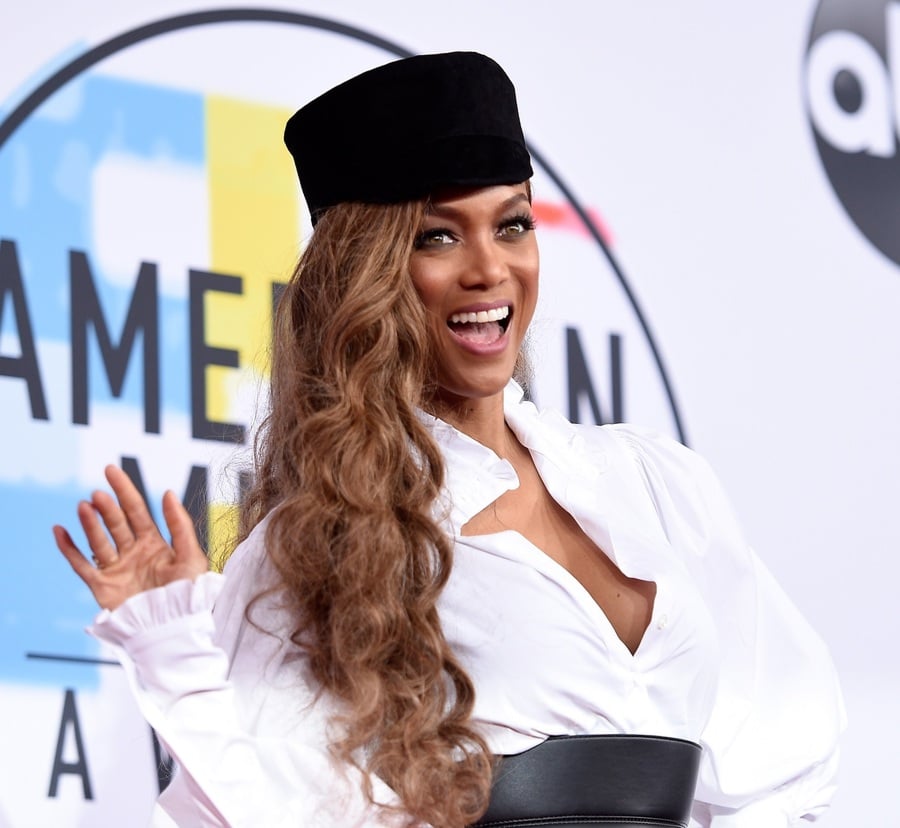 In 1993, Banks signed a contract with American cosmetics company CoverGirl. And a few years later, she returned to America to pursue commercial modeling further.

Banks is one of only a few black models to attain "supermodel" status. Over the years, she has posed for the covers Elle, Harper's Bazaar, Spanish Vogue, Cosmopolitan, and more. She has walked in fashion shows for Chanel, Oscar de la Renta, Yves Saint Laurent, Christian Dior, Marc Jacobs, Givenchy, Valentino, Fendi, Isaac Mizrahi, Giorgio Armani, among many others. And she has appeared in advertising campaigns for Dolce & Gabbana, Tommy Hilfiger, Ralph Lauren, Versace, Victoria's Secret, Pepsi, Nike, and plenty more.

She became the first African-American model to appear on the covers of Sports Illustrated's swimsuit issue and GQ magazine—the issues debuted in 1997 and 1996, respectively.

Banks's success as a model gave her the opportunity to branch out and led to many TV appearances. Her first television credit came when she played Will Smith's old friend Jackie Ames on The Fresh Prince of Bel-Aire—she made a total of seven appearances on the show. 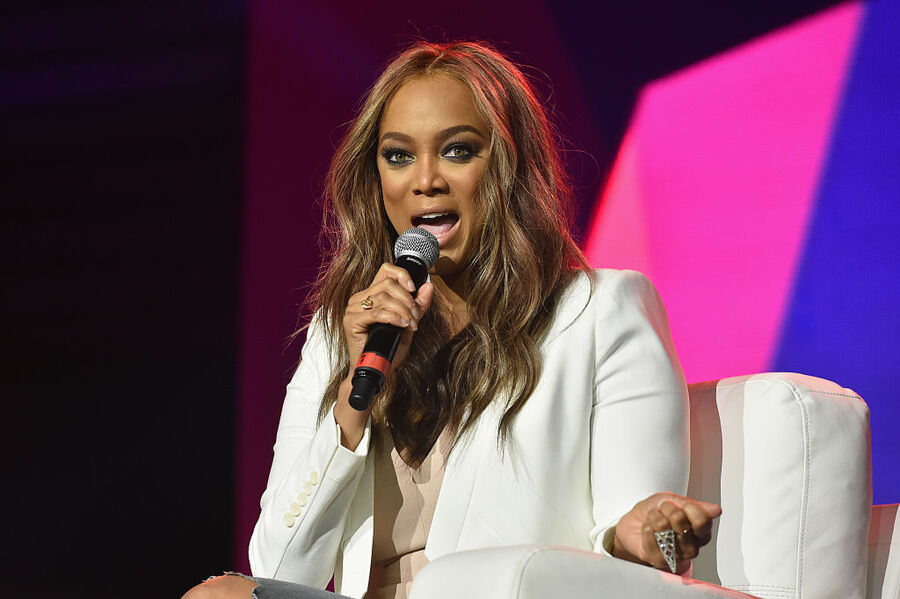 In 2004, Banks received a non-degree certificate from Harvard Business School in order to start her cosmetics company, Tyra Beauty. Her e-commerce cosmetics website, tyra.com, launched in 2015.

Banks won two Daytime Emmy Awards, in 2008 and 2009, for outstanding, information talk show for The Tyra Banks Show. At the time, she was reportedly earning about $18 million a year as the host and through her other endeavors.

Banks has been repeatedly ranked among the world's most influential people by Time magazine. She is one of four African Americans and seven women to receive this consistent recognition.

Her charitable organization, the Tyra Banks TZONE, focuses on leadership and the development of life skills. She also established the Tyra Banks Scholarship to provide African-American girls the opportunity to attend the Immaculate Heart High School, her alma mater.

Banks accepted a position as a guest lecturer at Stanford University on personal branding in August 2016.

In 2019, after coming out of modeling retirement to pose for one of the Sports Illustrated swimsuit edition covers, Banks announced to Entertainment Tonight that she was changing her modeling name to "BanX." 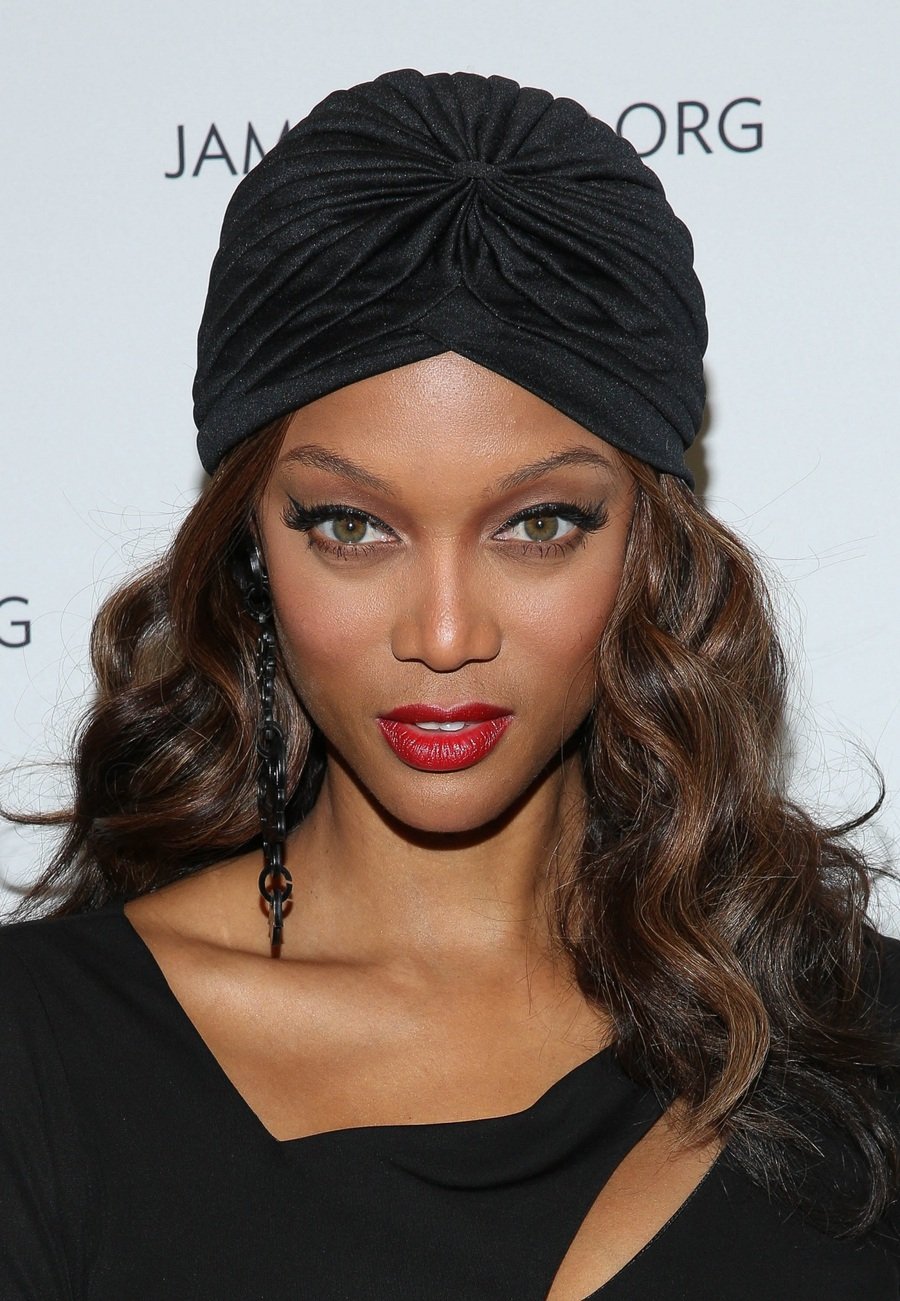 During the 2010s, Banks was in a relationship with Norwegian photographer Erik Asla, and in January 2016 they had a biological son—York Banks Asla—via surrogacy. The couple split in the fall of 2017.

Banks has also shared that she avoids drinking alcohol and has never used recreational drugs.

In 2004, Banks purchased a 5,740-square-foot residence in Beverly Hills for just over $3 million. She ended up selling the four-bedroom Spanish Colonial in 2016 for $6.33 million.

Banks currently owns a 7,000-square-foot duplex in Manhattan that includes a salon, gym, and mirrored dressing room. She bought the Battery Park City duplex, which comprises four apartments, in 2009 for $10.13 million. She listed the apartment for rent in March 2015—asking $50,000 per month. Then, in spring 2017, Banks put the home on the market for $17.5 million, however it has not been sold.

Most recently, Banks has begun flipping houses in Los Angeles. In May 2018, she listed two homes in the Pacific Palisades neighborhood for sale. The first was a 6,135-square-foot residence which was listed for $9.25 million, and the second a 3,700-square-foot home which was purchased for $4.25 million. She purchased the larger home only two years prior for $7.35 million, while she bought the smaller home for $3.25 million in 2014. She sold both properties within just a few months for $8.9 million and $4 million, respectively. Additionally, she unloaded a L.A. townhome for $1.47 million that same year.

In June 2019, she snagged a single-story home for just under $3 million—her fifth purchase in the Pacific Palisades area in two years. 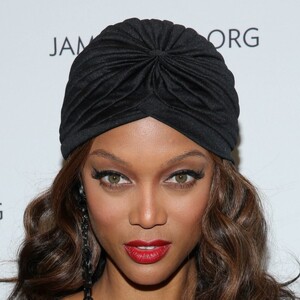