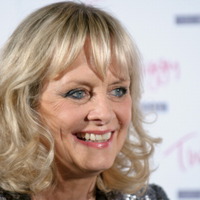 Twiggy Lesley Lawson net worth: Twiggy Lesley Lawson is an English model, actress, and singer who has a net worth of $50 million dollars. Twiggy Lesley Lawson, often referred to simply as Twiggy, also known as Lesley Hornby, was born in Neasden, London, England. She first gained notice in the mid-60s as a model. Her rise to super-stardom was largely accidental, as she agreed to serve as a hair model for a new hairstyle. Photographs of her haircut were displayed at the hair salon, and a fashion journalist saw them there. Within months, she was everywhere. She is widely considered to be one of the first supermodels, and her skinny, pixie, androgynous look set the standard for the next decade. After leaving modeling in 1970, at the end of a whirlwind four years, she began an equally successful film, television, and theater career. She went on to win two Golden Globe Awards, among other honors, and has released 26 albums.