Tony Dovolani net worth: Tony Dovolani is an Albanian professional ballroom dancer, instructor and judge who has a net worth of $3 million. Tony Dovolani was born in Pristina, Kosovo on July 17, 1973. He began folk dancing before he started kindergarten. In his early teens, he moved to Stamford, Connecticut, and began taking classes at Fred Astaire Dance Academy.

He won a number of ballroom championships with various partners. He and his former partner, Inna Ivanenko, were the 2005 World Rhythm Champions and the 2005 United States Open Rhythm Champions. He and his partner, Elena Grinenko, were the 2006 World Rhythm and United States Open Rhythm Champions. He began appearing on "Dancing with the Stars" during its second season, and has continued to choreograph and compete on the show since then. He was nominated for an Emmy for Outstanding Choreography in 2006 for his work on "Dancing with Stars". He also appeared in the film "Shall We Dance". 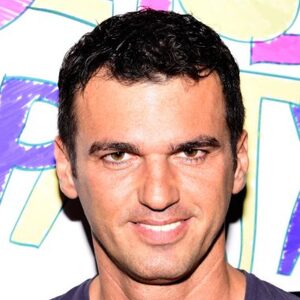