Toccara Jones net worth: Toccara Jones is an American fashion model, actress, singer, and television personality who has a net worth of $1.5 million dollars. Toccara Jones was born in Dayton, Ohio, and went on to graduate from Stivers School of the Arts, where she studied Theatre and Dance. She first gained notice while appearing on the third season of "America's Next Top Model".

While she did not ultimately win the series, she was voted "Covergirl of the Week" five times while she was on the show. She is currently signed with Wilhelmina Models as a plus-size model, and has appeared on the covers of multiple publications, including Be, The Next Level Magazine, Black Men, Black Hair and King. She has also appeared in ad campaigns for Target, Essence, Avon, Torrid, and Ashley Stewart. In addition to her print work, she has walked the runway as part of BET's "Hip the Runway", Luxe & Romance, and Hot 97's "Full Frontal Hip Hop Fashion Show". She has also appeared on multiple reality shows. 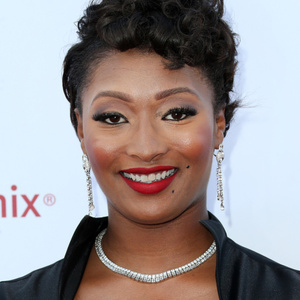