Tiffany Fallon net worth: Tiffany Fallon is an American model who has a net worth of $2 million. Tiffany Fallon was born in Fort Lauderdale, Florida in May 1974. Fallon was Playboy Playmate of the Month in December 2004 and Playmate of the Year in 2005. She previously worked as a flight attended and was a cheerleader for the NFL's Atlanta Falcons. Fallon was Homecoming Queen and senior Class President in high school. In 2001 she became Miss Georgia and 2nd runner up for Miss USA. Fallon graduated from Florida State University with a degree in sports management. She appeared in the music video "Who's Your Daddy?" by Toby Keith and has also appeared on the TV series The Lance Krall Show and The Simple Life: Interns. In 2008 she was a contestant on The Apprentice. From 2005 to 2009 Fallon was featured on the reality TV series The Girls of the Playboy Mansion. She also made her acting debut in 2009 in the film Deep in the Valley. Tiffany married country singer Joe Don Rooney of Rascal Flatts in 2006 and the couple has three children together. 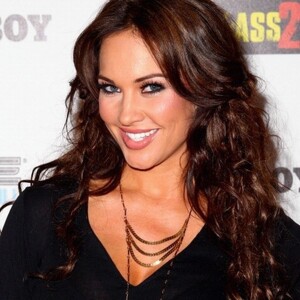