Teagan Presley net worth: Teagan Presley is an American adult film actress who has a net worth of $2 million. Teagan Presley was born in The Woodlands, Texas in July 1985. She started out as a stripper to make ends meet and then entered into the adult film industry at 18 years old. She has more than 100 acting credits to her name with most of her video roles coming from 2003 to 2011. IN 2008 Presley auctioned off her breast implants that she had replaced and donated the money to Susan G. Komen for the Cure. In 2010 Maxim named her one of their top 12 female stars in the adult world. Teagan Presley retired in 2013 but came back for a scene for Brazzers in 2017. She has won several awards including Best New Starlet and Female Adult Star of the Year. In 2016 Presley was inducted into the AVN Hall of Fame. 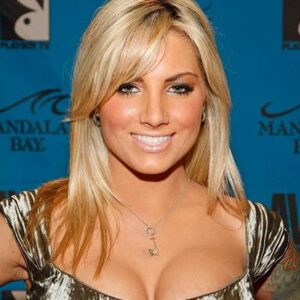