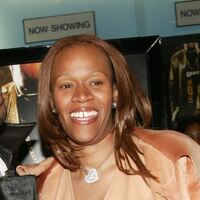 Tashera Simmons net worth: Tashera Simmons is an author and reality television star who has a net worth of $500 thousand. Tashera Simmons is perhaps most famous for being the ex-wife of controversial rapper DMX. Tashera Simmons shares four children with DMX and appeared on the VH1 show "Couples Therapy". Tashera was also recently announced as one of the cast members of the new TLC reality series "Starter Wives" which chronicles the lives of seven women who have been in relationships with celebrities. In addition to her work in reality TV, Tashera is the founder of the Women of Strength Organization which aims to provide help for victims of abuse. Tashera spent 14 difficult years as the wife of DMX. During their marriage, she weathered DMX's multiple arrests, drug issues and infidelities. DMX fathered six children with other women while being married to Tashera. Tashera Simmons initiated divorce proceedings in June 2012.