Palmer-Tomkinson wrote a weekly column for the Sunday Times in the mid to late 1990s. She also wrote for GQ, The Spectators, Harpers and Queen, The Mail on Sunday, The Observer, and InStyle. In 2002 she was a contestant on the reality television series I'm a Celebrity… Get Me Out of Here! and finished as runner-up. T P-T has been well covered by the British tabloid press. She starred in the films Mad Cows in 1999 and An Ideal Husband in 2000. She has also appeared on the TV series Comic Relief Does Fame Academy, The Law of the Playground, John Bishop's Britain, and Loose Women. Palmer-Tomkinson has authored the novels Inheritance in 2010 and Infidelity in 2012. Tara has a waxwork model at Madam Tussauds in London. In December 2014 T P-T was arrested at Heathrow airport. Unfortunately Tara Palmer-Tomkinson died on February 8, 2017 at the age of 45. 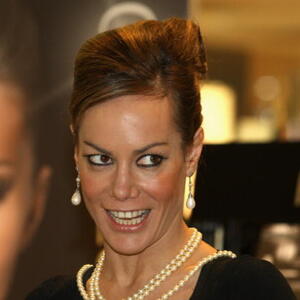