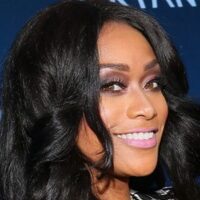 Tami Roman net worth: Tami Roman is an American reality television star who has a net worth of $3.5 million. She is probably best known for appearing on the second season of the MTV reality series, The Real World  and the reality show, Basketball Wives.

Tami Roman was born in Mount Vernon, New York, on April 17, 1970. She grew up in a single parent home and spent much of her childhood raising herself. After her mother re-married, Tami was raised in a strict Muslim household. Her mother's relationship ended in divorce.

Tami broke into the entertainment industry after appearing on The Real World: Los Angeles in 1993. Over the next decade she continued to periodically act in small film and TV roles.

She joined the cast of Basketball Wives during its second season. She and former husband, NBA legend Kenny Anderson divorced in 2001. Since then, Tami has been focused on a steadily growing acting career, including VJ work on MTV, and guest starring and recurring roles on such television series as Summerland, Sex, Love, and Secrets, JAG, The Drew Carey Show, and Sabrina, The Teenaged Witch. She is also managing the careers of her teenage daughters, two of which are aspiring musicians, and one an aspiring fashion designer and also appears on the CBS show, Extant, as "Cass Hendy" alongside Halle Berry. In addition to acting, Roman is also featured on the radio show, Tami Roman's Love Talk & Hot Jamz with advice columnist and rapper Willie D of the Geto Boys and Reggi YB. In 2015, Roman appeared on the hit ABC reality series, Celebrity Wife Swap, where she traded lives with Olympic gold medalist, Kerri Walsh-Jennings.

Tami married professional basketball player Kenny Anderson in 1999. They had two daughters together before divorcing in 2001. Kenny more recently has been famous for being one of the first NBA stars to come forward and admit to losing his entire NBA fortune. After earning more than $60 million in his career, he eventually found himself nearly broke.

Tami has been married to Reggie Youngblood since 2018.