How much is Tamara Ecclestone Worth?

Tamara Ecclestone Net Worth: Tamara Ecclestone is a British model, socialite and television personality who has a net worth of $300 million net worth. Tamara inherited her wealth from her billionaire father Bernie Ecclestone. Bernie owns roughly 5% of Formula One Racing.

Tamara Ecclestone was born June 28 1984 in Milan, Italy. She is the eldest daughter of 'Formula 1' supremo Bernie Ecclestone and former Croatian Armani model Slavica Ecclestone. Tamara Ecclestone is known for her involvement in glamour and lifestyle productions, including her role as presenter of Sky Sports Italia's coverage of the 2009 Formula 1 season. She also posed nude for an anti-fur advertisement for People for the Ethical Treatment of Animals (PETA). She runs her own television production company as well.

Tamara studied at the Francis Holland School in London but dropped out of pursuing her psychology degree and went to work for her father's F1 magazine. In her free time she modeled for brands like Armani and Playboy before making her TV debut presenting the Red Bull Air Race World Championship for Channel 4. Further, both Ecclestone sisters, Tamara and sister Petra, worked together to introduce a range of fashion products, including watches and sunglasses.

In 2011 Tamara purchased a home in Kensington Palace Gardens in London for $60 million. In December 2019 it was revealed that $66 million worth of jewelry had been stolen from the mansion by a team of brazen burglars. 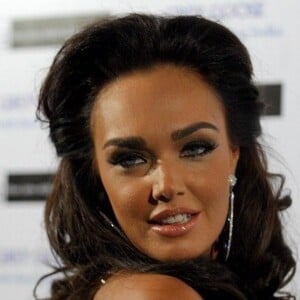