Sylvie Tellier Net Worth: Sylvie Tellier is a French pageant winner who has a net worth of $10 million. Sylvie Tellier was born in Nantes, Loire-Atlantique, France in May 1978. Tellier won the titles of Miss Lyon 2001 and Miss France 2002. Sylvie studied law and got her master's degree in private law.

She was studying to enter the Judicial National Institute of Lyon to become a lawyer when she was named Miss France in 2002. Tellier raced from Paris to Monaco as part of the Rally of the Princesses in June 2004. Sylvie and her teammate ranked 6th. She was involved in writing the 2005 book Sans compromis: Conversations avec Sylvie Tellier, Miss France 2002. Tellier became the head of the Society Miss France in January 2007. She is general director of Society Miss France and the Miss Europe Organization. Sylvie married Camille Le Maux in June 2007. In 2010 she had her first son Oscar Le Maux. Tellier has frequently appeared on the TV series On n'est pas couche. 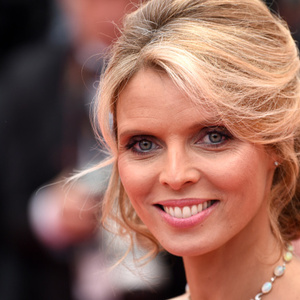