What is Sunny Leone's Net Worth?

Sunny Leone is an Indo-Canadian adult film actress, reality star, social media star, businesswoman and model and has a net worth of $16 million. Sunny Leone is one of the 100 most-followed people on Instagram with more than 50 million followers as of this writing.

Sunny Leone was born as Karenjit Kaur Vohra on May 13, 1981 in Sarnia, Ontario, Canada. She grew up in idyllic surroundings, loving the cold Canadian winters and the snow that came with them. She was a consummate performer, basking in the attention it brought her and eating up every word of praise that came her way. Although her parents are Sikh Indian Punjabs, she was enrolled at a Catholic school as a youth due to fears of being unsafe at a public school. At the age of 13, Leone moved with her family to Fort Gratiot, Michigan; the following year, they moved to Lake Forest, California. When she was 18, Leone realized she was bisexual.

Before working in the entertainment industry, she first worked at a German bakery, a Jiffy Lube, and later a tax and retirement firm. While studying to be a pediatric nurse in Orange County, a classmate – who was an exotic dancer – introduced Leone to John Stevens, an agent. John in turn introduced her to Jay Allen, a photographer for Penthouse magazine. When picking a name for her adult career, she has said that Sunny is her real name and Leone was picked by Bob Guccione, former owner of Penthouse magazine. Leone was named the "Penthouse Pet of the Month" in March of 2001, and later in the year posed as a "Hustler Honey" for Hustler magazine. Additionally, she appeared in Cheri, High Society, Lowrider, and Swank, among other magazines.

In 2003, she was declared the Penthouse Pet of the Year and also starred in the video Penthouse Pets in Paradise alongside Tera Patrick (12 walls) and Kyla Cole.

In 2005 she signed a three-year contract with Vivid Entertainment with which she transitioned into the world of hardcore adult entertainment. She was subsequently in the adult films "Sunny," "Virtual Vivid Girl Sunny Leone," "Sunny Loves Cher," and "The Female Gardner." Leone re-signed with Vivid for another six films in 2007, and subsequently performed alongside her fiancee Matt Erikson in "Sunny Loves Matt." In 2009, Leone announced the launch of her own studio, called Sunlust Pictures; that March, she released her first independent production, entitled "The Dark Side of the Sun." This was followed by further self-produced films such as "Sunny Slumber Party," "Gia Portrait of a Porn Star," "Roleplay," and "Goddess." Leone boosted her popularity by securing deals with such companies as Totemcash, PPPcard, and Flirt4Free, which sold and distributed her content across the Internet. 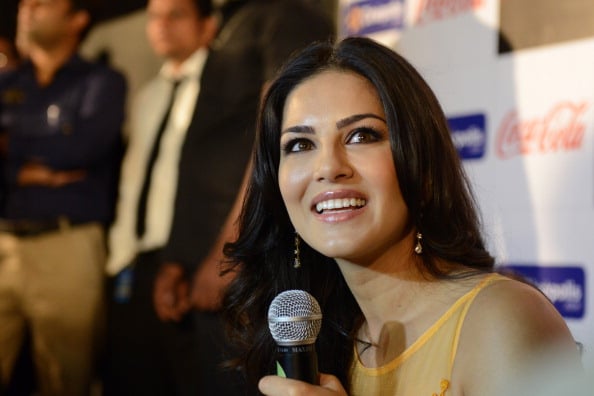 In 2017, Leone performed the song "Piya More" in the action adventure film "Baadshaho," as well as the song "Trippy Trippy" in the drama "Bhoomi." Also that year, she made her Marathi and Bengali film debuts in "Boyz" and "Shrestha Bangali," respectively. Leone's other notable credits have included "PSV Garuda Vega," "Tera Intezaar," and "Veeramadevi."

On television, Leone made her first mainstream appearance as a red carpet reporter at the MTV Awards in 2005. Three years later, she was a contestant on the reality show "My Bare Lady 2: Open for Business," and in 2011, started participating on the Indian reality series "Bigg Boss 5." Later, in 2016, Leone was a contestant in the second season of the Indian sports competition series "Box Cricket League." Additionally, she has hosted a number of programs, including "Haunted Weekends with Sunny Leone," the dating show "MTV Splitsvilla," and the survival series "Man vs. Wild."

Beyond Indian film and television, Leone made a cameo appearance in the 2004 American romcom "The Girl Next Door." She was subsequently in the films "Pirate's Blood" and "The Virginity Hit." In 2016, Leone was the subject of the biographical documentary "Mostly Sunny." The same year, she released a collection of 12 short stories called "Sweet Dreams," and appeared at the World Series of Poker in Las Vegas, Nevada.

Leone has also been heavily involved in activism. In 2004, she participated in the No More Bush Girls event, in which she and other adult actresses shaved off their pubic hair to protest the presidency of George W. Bush. Later, in 2008, she was in a promotional video for the non-profit voter registration campaign Declare Yourself. In 2013, Leone posed for a PETA campaign encouraging cat and dog owners to get their pets spayed and neutered. She was also involved in the Rock 'n' Roll Los Angeles Half-Marathon, which raised money for the American Cancer Society.

Early in her career, Leone dated stand-up comic Russell Peters and Playboy marketing executive Matt Erikson. In 2017, Leone married actor and producer Daniel Weber. Together, they adopted a baby girl named Nisha from Latur, Maharashtra, India. Through a surrogate, the couple later had twin boys named Noah and Asher. Leone has citizenship in the United States, Canada, and India, and resides with her husband and children in Mumbai.

In Mumbai, Sunny owns an apartment that is worth $3-4 million. 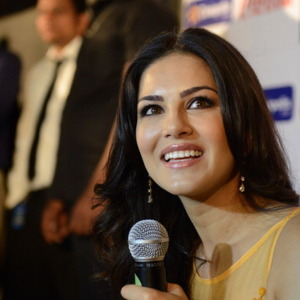