Stephanie Adams net worth: Stephanie Adams is an American model and author who has a net worth of $4 million. She was born in 1970 in Orange, New Jersey and was raised in New York by her aunts, Joyce and Pearl, who were former models. At 16, she began modeling, and after graduating from Ophelia DeVore School of Charm, appeared in photo shoots for Seventeen Magazine, Venus Swimwear, and commercial advertisements for Clairol. In 1992, Adams appeared in Playboy Magazine and also earned a bachelor's degree at Fairleigh Dickinson University while modeling for Wilhelmina Models. Later in her career, she moved from Wilhelmina to Elite Model Management after becoming engaged to its CEO, John Casablancas. Adams has appeared on the cover of Village Voice, and also made a cameo appearance on Late Night with David Lettermen in 2003 by performing the "Top 10" to commemorate the 50th anniversary of Playboy. In 1999, Adams founded her brand Goddessy, and in 2003, published her first book. During that same year, following the death of her aunt Joyce from breast cancer, she devoted more of her time to writing, and dedicated the book, He Only Takes the Best, to her aunt. Her next book, Guardian, was written to honor her now elderly aunt, Pearl, and in 2007 she started her own publishing company. Adams has produced roughly two-dozen metaphysical books, as well as astrology calendars and a tarot card set marketed under the Goddessy brand. Early in her career, Adams married an Italian investment banker, but the couple later divorced. ln a 2003 She Magazine story, Adams came out as a lesbian; at the time she was the first Playmate to do so. However, in 2009 Adams announced that she was engaged to marry a man, and about the same time, stated in an interview that she was straight. After her marriage to a New York doctor, Adams said she was retiring from public life and would spend most of her time privately with her husband and son. More recently, in 2012, a jury awarded her $1.2 million in a case against the NYPD where Adams alleged during an incident in 2006 with a NYC cab driver, police threw her to the ground, causing her injuries to both her neck and back. 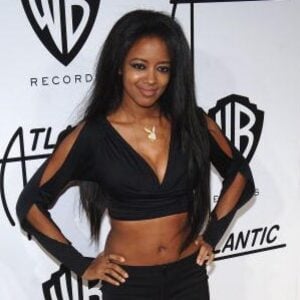